It’s not every day that Twitterati’s emotional side surfaces. But some people and some situations call for it. The death of Wieden+Kennedy co-founder, Dan Wieden has caused a tremor within Twitter as users as busy recounting and remembering remarkable moments from the life of the man who came up with the very famous Nike tagline, “Just do it.” It wouldn’t be an exaggeration to state that Wieden followed the same in his life too as he scaled new creative heights and inspired others to do the same. He died peacefully on the 30the of September in his Oregon home, with his wife by his side. 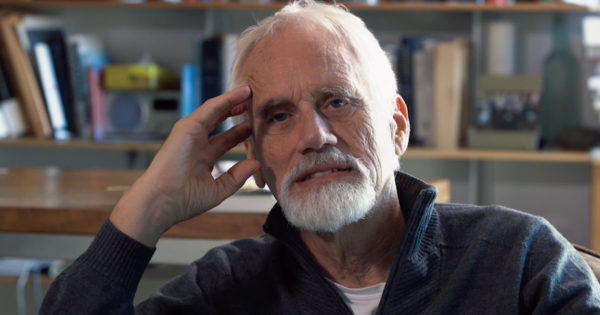 Dan Wieden is gone, but the marks he left will stay forever. This is quite evident from the responses and reactions that have been piling up on Twitter as users share their grief over Wieden’s death. Although Widen never formally retired from the agency, he stepped away from active agency life in the year 2015, taking up a chairman role. The following statement was released by the agency after his passing,

“We are heartbroken. But even more so, we are overcome with gratitude and love. Thank you, Dan, for throwing the doors wide open for people to live up to their full potential. Thank you for your steadfastness, courage, faith, and abiding love. Thank you for making this beautiful creative life possible. We will miss you so much.”

Thank you Dan, for throwing the doors wide open for people to live up to their full potential.

We will miss you so much. ❤️ pic.twitter.com/SyPfYP5KeL

Before stepping into the world of advertising, Wieden spent several years in Public Relations. Although Widen’s father was part of the advertising industry, he didn’t consider himself a fit for the job until he began doing commercial freelancing and realized that he had a knack for the industry. Wieden started working with his partner, David Kennedy at a small Portland agency. The duo began to work on Nike which was also in the growing stage at that time. Nike founder, Phil Knight, who was impressed by their talent and skill, urged the two to start their own agency. The rest is history. In the year 1982, Wieden+Kennedy began its journey in Portland. Safe to say that the agency has had a successful journey and is continuing to grow and flourish. Nike’s hand in the exponential growth of Wieden+Kennedy cannot be overstated.

Dan Wieden was someone who encouraged people to think out of the box and take chances. The man who has won several awards and accolades was however quite weary of the spotlight. Now, let us flip through a couple of reactions and responses on Twitter.

#advertising "…is not about selling stuff. This business is about creating strong provocative relationships between good companies and their customers. Those relationships will feed the business, but you have to feed the relationship first." – #DanWieden https://t.co/vps7BAsXLJ

in a world of "abide by best practices" be a Dan Wieden who "didn’t want us to do any of the conventional things people do." https://t.co/bMrxhcsOvZ

“Excellence is the grand experiment.”

So much or what there is to love in advertising and creative marketing traces directly to Dan Wieden. The innovation, the dry wit, the willingness to elevate voices other than your own. This is a true and tremendous loss. https://t.co/JJjf3A8SJ5

Wieden was best known for dreaming up Nike's iconic "Just Do It" tagline. :')#RIP

I'll let @adweek explain @DanWieden's impact on the industry, but he and David Kennedy left an indelible mark on Portland and Oregon. Hard to picture the Beaverton of today without all that @WiedenKennedy and @Nike built. https://t.co/edHB2zdIFk

Dan Wieden — an advertising icon & co-founder of the Portland-based agency that bears his name — has died at the age of 77.

Wieden famously came up with Nike’s “Just Do It” slogan. https://t.co/ronRMJ5kxa