A collection of artwork generated on Ethereum, sets a new top sale mark 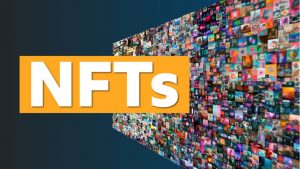 Projects like CryptoPunks, Bored Ape Yacht Club, and Crypto Axie Infinity have dominated the conversation during a recent resurgence of the NFT market activity. Yet, under all this hype, Art Blocks has quietly stored up hundreds of millions of dollars of commercial volume in the Ethereum generative art collection, just marked their biggest single NFT sales to date.

The artist Tyler Hobbs has sold Fidenza # 313 today for 1,000 ETH, or just over $ 3.3 million when it was acquired. Incredibly, on June 11 shortly after being minted, this artwork was last sold for only 0.58 ETH, which was a massive return on investment for the previous owner. This is about 1.400 dollars.

In November 2020 Art Blocks were launched, but in the last few semaines a significant explosion of value has occurred within the collection, which encompasses 140 different generative art collections. According to data collected by CryptoSlam, Art Blocks has accumulated $294 million in trading volume so far in August.

The NFT collection is the best today, with a trading volume of more than $48 million.

Launched in June, Fidenza line from Hobbs quickly became one of the most popular collections of Art Blocks. Fidenza covers 999 pieces, each based on an algorithm that creates a characteristic piece after minting. Each work is unique to the others, but they are all marked by colorful rectangles and squares that fill the scene.

Fidenza #313 is the most expensive NFT of all Art Blocks, but to date, this is not the only piece of Fidenza sold for over $1 million ETH. CryptoSlam notes that three other parts of Fidenza sold in the last five days for seven figures each, and all sales took place.