A Dutch student selling his soul as an NFT

Hague art academy student ​​Stijn van Schaik, 21, listed his soul as a digital work of art, and it is available for purchase on OpenSea. “Hello person, welcome to my profile,” he writes on the listing. “I am selling my soul on here. Feel free to ask me anything about me or my soul while I still own it.” 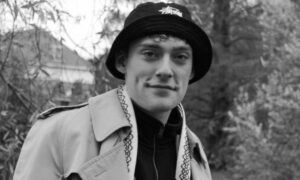 He wants to introduce people to the different possibilities of cryptocurrency and blockchain technology. Being a crypto enthusiast, he constantly finds new ways to profit from, and give back to the technology. This NFT is similar to when Bart from The Simpsons sold his soul for $5, which he later regretted. Stijn hopes that his actions can bring more attention to crypto, and boy did it work!

So what does a soul NFT actually mean? Stijn van Schaik partnered with creative writer Liminal Warmth to draft an agreement regarding what this NFT entails. The Sale of Soul Agreement is 9-page long, clearly describing what the buyer should expect. However, it is unclear as to whether this agreement is enforceable given that buyers buy it through OpenSea and may have overlooked this agreement.

The contract conditions include, but are not limited to: publicly claiming to be the owner of the soul in question; transferring of the said Soul, in whole or part, to any person or entity, for any reason; sacrificing or offering said Soul, in whole or in part, to any deity or spiritual entity; spending or using the soul, in whole or in part, for some purpose which causes it to diminish in value, quantity, or substance or be subsumed into a larger whole; transferring the burden, credit, or responsibility of any actions reflected in the State of a Soul from another Soul to this Soul or from this Soul to another Soul. But the contract reportedly explicitly states, “In the event that Stinus’ Soul does not exist as an independent entity outside of the whole “one-ness” of reality as commonly described in some belief systems, and in the event that this belief about the nature of reality reflects actual reality, this contract will remain in effect for whatever period of time or non-time and to whatever degree that Stinus’ immaterial essence is distinguishable in any form, manner, or state of being from the sum whole of immaterial or material existence.”

The soul is reportedly mined on Polygon, a protocol that can communicate with the Ethereum blockchain.

Firstly, the agreement defines what the term ‘soul’ means. It then mentions that the sale of this soul will only be conducted through MetaMask, at a minimum price of 0.1 ETH. The NFT sold for 0.11 ETH yesterday. However, there is currently an offer for 0.15 ETH.

One highlight of the agreement is where the buyer can sacrifice or offer the Soul of Stinus, in whole or in part, to any deity or spiritual entity. In essence, he relinquishes all rights to his soul and will not interfere with the buyer’s actions.