For those who love movies, they are not just entertainment, but rather an emotion that pulses through their veins like electricity. Although the statement might sound like an exaggeration, movie buffs won’t disagree. With the deluge of movies that flow into our watching lists time and again, it is hard to pinpoint one particular film or scene that blew your mind and gave you butterflies. However, there is one movie on Netflix that houses one of the most incredible scenes of the year. It is a visual spectacle and political rhetoric at the same time, magnifying the brilliance with which it has curated a fine balance between the two. If you haven’t figured out the movie yet, we are talking about the French movie, Athena! Read along to know more. 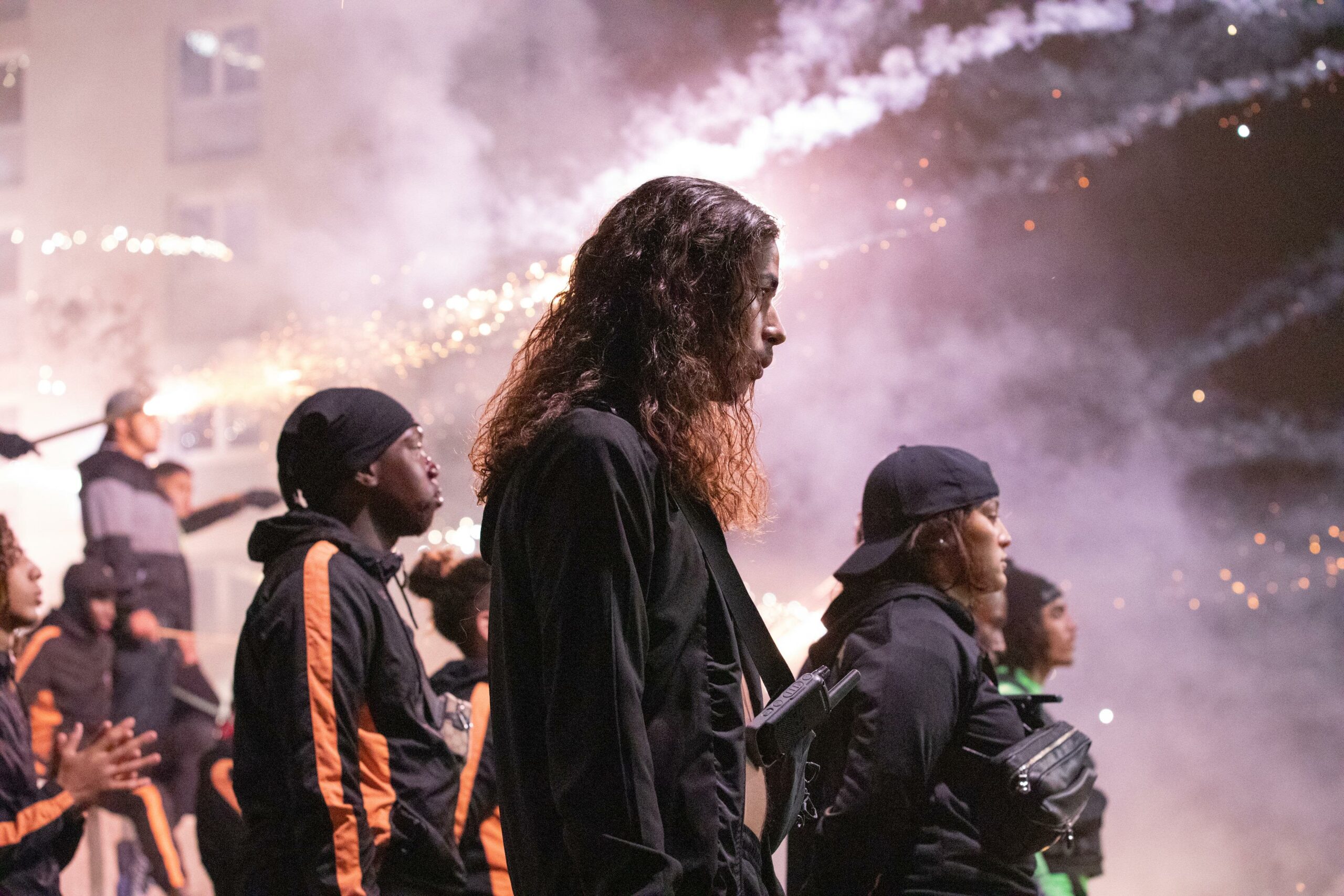 The Art of Fascinating The Audience

The film came to Netflix last Friday and it has already claimed its position at the top. The 11-minute long take at the beginning of the film is more than enough to make a viewer realize that they are in for some brilliant artistic treat. What makes the film intriguing is the subtle way in which the tension builds and bursts all of a sudden, shattering the initial illusion of order, and making way for chaos.

The opening scene of the movie is quite familiar. Abdal, played by Dali Bensallah, who is a veteran in uniform calls for the name of the police officers who murdered his 13-year-old brother. The calm demeanor and the supposed order of things will soon be shattered by his brother Karim, played by Sami Slimane, who throws a Molotov cocktail into the police station, marking the violent turn of events. Karim and his cohorts, soon make their way to Athena, where they intend to stand their ground and fight against the police who will soon come for them.

What’s striking about the film is the way in which it conveys the inner workings and turmoil of the young people who stand ready to face danger. At one point, you can also see a chagrined Karim, scolding the young people for acting as if war is a game, magnifying the apparent differences interlaced within appearances of solidarity. The film also throws light on very relevant themes like police brutality, interweaving it with the melancholy tragic tale of the brothers. All in all, the film is indeed worth watching, and it is the opening scene that’s the cherry on top, presenting viewers with an ethereal experience.