A nonsense Trump supporter delayed the flight by 3 hours

It’s quite a problematic situation when passengers on a flight do not maintain decorum. If it is mid-flight, it is even more of an issue like this time when a Californian man punched a flight attendant during a flight. So, as soon as the flight landed, he was arrested by the police officials. Now once again, the story and man are different, but a ruckus was created in a flight that was supposed to go from Shanghai to the US. This commotion was due to a nonsense Trump supporter who delayed the flight by 3 hours. 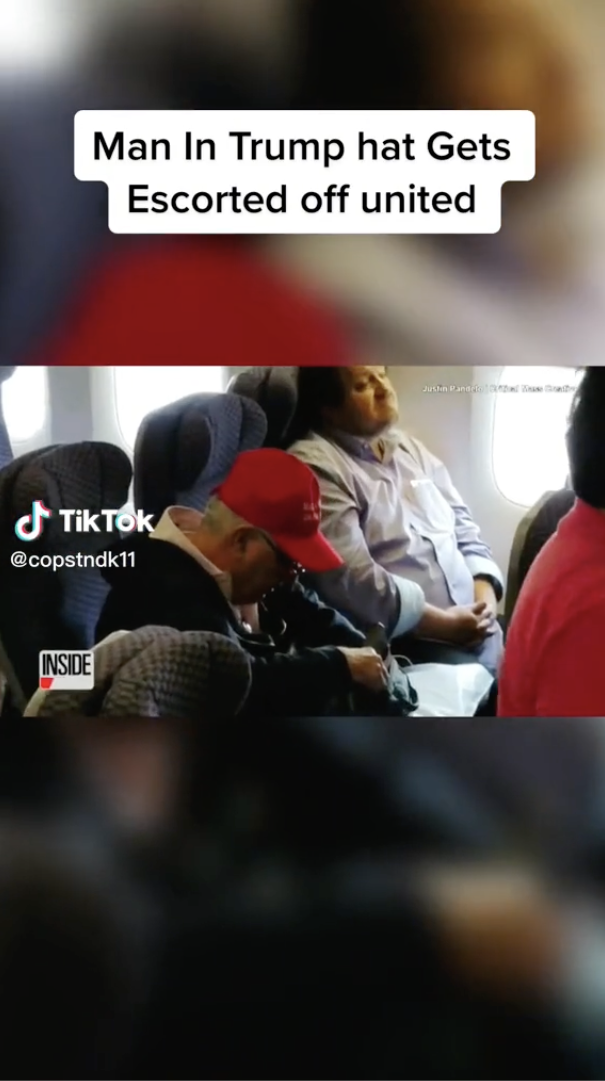 A video was posted on Tiktok that captured the entire scene. It happened in a United Airlines aircraft.

This man wearing the red cap reportedly refused to let anyone sit next to him on a flight from Shanghai to the US.

The passengers on board said the man in a “make America great again” hat said crew members would have to drag him off.

This man is a narcissist and thinks too much of himself.

The travellers on their phones captured the entire ruckus, and many of them even asked this man to leave the aircraft.

We can hear a woman saying, “I think you’re having an effect on the rest of us on the airplane.”

The main also supposedly became more disruptive as everyone wanted him to leave. 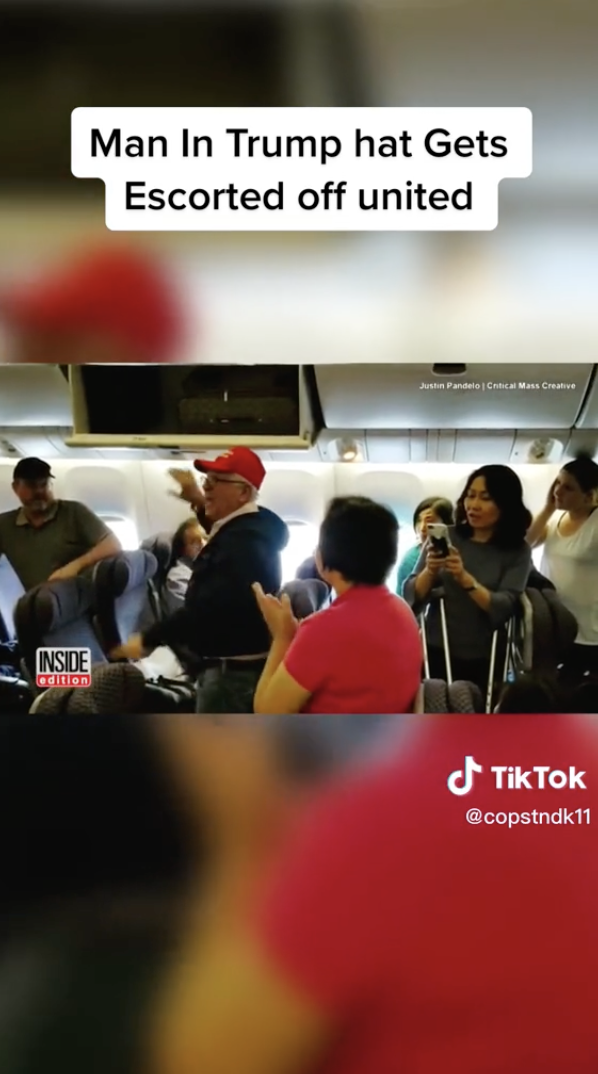 We can hear a conversation between the man and a passenger.

Passenger: “Get off the plane.”

This man was really a dunce. If he had a ticket, so did everyone else on the flight. Then how could he deny them a seat?

After no one could convince him to leave, all the passengers were asked to get off the plane so that the local police could escort him.

The flight attendants can be heard apologizing for this inconvenience, but this was the last option.

All this resulted in a delay of 3 hours, and passengers eventually got to San Fransisco 3 hours late.

One of the viewers commented on the video saying, “These people need to be charged. Disrupting air travel schedules creates a major ripple effect.”

What are your thoughts as this Trump supporter delayed the flight by 3 hours? And what kind of action do you think should be taken against them? Let us know in the comments below. And, if you found our content informative, share it with your family and friends.