Having separate lines for males and females seem to be a normal thing, but a female journalist didn’t even leave the chance to twist this. She posted a video on Tiktok about what it’s actually like as a female at the world cup in Qatar. There she says, “I had to go through a special lane in Qatar for ladies only. Somehow I don’t feel that special.” However, her ignorance was not the best part, it was the reply from a fellow journalist where she gets slammed for her rhetorical remarks. 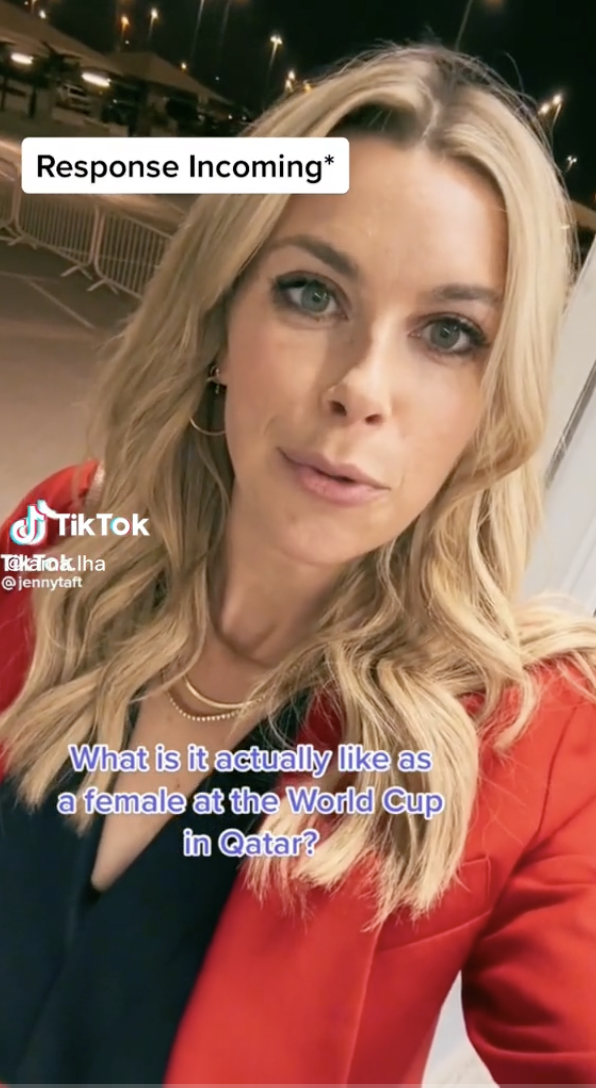 Lama says, “Hi Jenny, as a journalist, I’m gonna respond to your video, and I’m gonna do my very best not to focus on the fact that you work for Fox News, which, judging by the bias rhetoric you spread on your video, is pretty self-explanatory in itself.”

This also means that the journalist has only been trying to spice up something that, in reality, is very simple.

She says that journalists have a responsibility to uphold. They are responsible for doing their due diligence to fully understand and investigate a topic before spreading any information, misinformation, or biased rhetoric, as she did in this video. 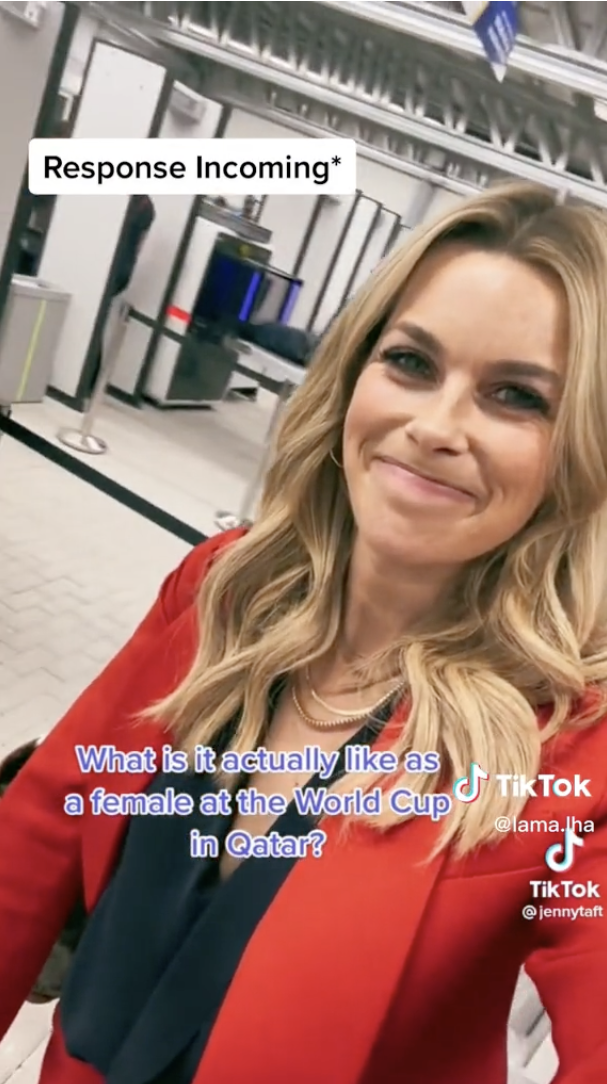 Lama then addressed the special gate that Jenny was talking about in her video. She says, “We will agree on one thing. It is most definitely special. It’s a matter of one word that perfectly explains this special gate respect.”

It is also true for agents. A male agent doesn’t want to search a woman and vice versa. That’s just the way it is. She clarifies, “It’s a matter of respecting someone’s religious beliefs and boundaries and making them feel comfortable as they’re entering this country.”

In Jenny’s video, she talked about the entire thing in such a way that it was sexism that lead to the second line, but that’s most definitely not the case.

However, Lama clarified that the best word to describe it is respect. She then also slammed her saying, “Now, judging by the way you conducted your video and executed it, that’s a word that’s foreign to you and something that you maybe don’t quite understand anyways, y’all have a good day.”

She also warned Jenny that her prejudice was clearly shown in the video.

What are your thoughts as the journalist gets slammed for her rhetorical remarks? And whom do you agree with Jenny or Lama? Let us know in the comments below. And, if you found our content informative, share it with your family and friends.