The value of Bitcoin has tripled a year after the U.S. seized a record $1 billion worth of BTC. The largest-ever seizure of cryptocurrencies by the US government has turned out to be a windfall for taxpayers.

Thousands of Bitcoins were seized in November 2020 in connection with the illegal Silk Road marketplace, a dark web site where drugs and other illegal goods were bought and sold using Bitcoin.

The value of Bitcoin has tripled a year after the U.S. seized a record $1 billion worth of BTC 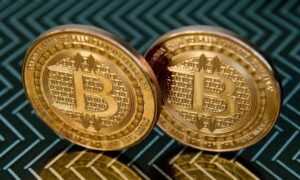 For bureaucratic reasons, Bitcoins are still in the government’s control. In the year since the value of Bitcoin has tripled. As a result, what was once valued at $1 billion is now valued at roughly $3 billion.

A spokeswoman for the Internal Revenue Service informed NBC News that the Bitcoins will be auctioned off by the government. The proceeds of such auctions are usually put in the Treasury Forfeiture Fund or the Department of Justice Assets Forfeiture Fund, where they are utilized to fund future investigations.

The majority of the government’s dealings with Bitcoin have been significantly less profitable. In truth, it is primarily a tale of missed possibilities.

Since 2014, the US Marshals Service claims to have sold 187,381 Bitcoins in nine auctions. A spokeswoman declined to reveal the amounts involved, but NBC News estimated the total take to be roughly $179 million based on the price of Bitcoin on the day of each sale.

Those coins would be worth more than $10 billion today, over 56 times their current value. The government seized 29,657 Bitcoins and sold them for about $18 million in its first Silk Road seizure in 2014. It is now valued at more than $1.6 billion.

Selling Bitcoin, a digital currency generated with blockchain technology and housed in so-called digital wallets, was difficult back then. According to Sharon Cohen Levin, who supervised the Money Laundering and Asset Forfeiture Unit at the United States Attorney’s Office for the Southern District of New York for two decades, the government was concerned there would be no buyers.

In retrospect, merely storing the Bitcoin would have made a fortune, but the government is not in the business of retaining cryptocurrencies for financial purposes, for better or worse.

Silk Road was a darknet market where criminals could sell their wares anonymously. After being convicted of money laundering and narcotics trafficking, its founder, Ross Ulbricht, was sentenced to life in prison in 2015.

Last year, the IRS seized $1 billion after using software company Chainalysis to uncover 54 previously unreported Bitcoin transactions carried out by Silk Road, according to the IRS.

The funds were tied to a Bitcoin address maintained by an unknown person suspected of hacking into Silk Road and stealing the funds, according to court filings. “On November 3, 2020, law enforcement seized several thousand Bitcoins as part of the hacking probe”. The seized Bitcoin had a value of nearly $1 billion on November 4, 2020, according to the complaint.