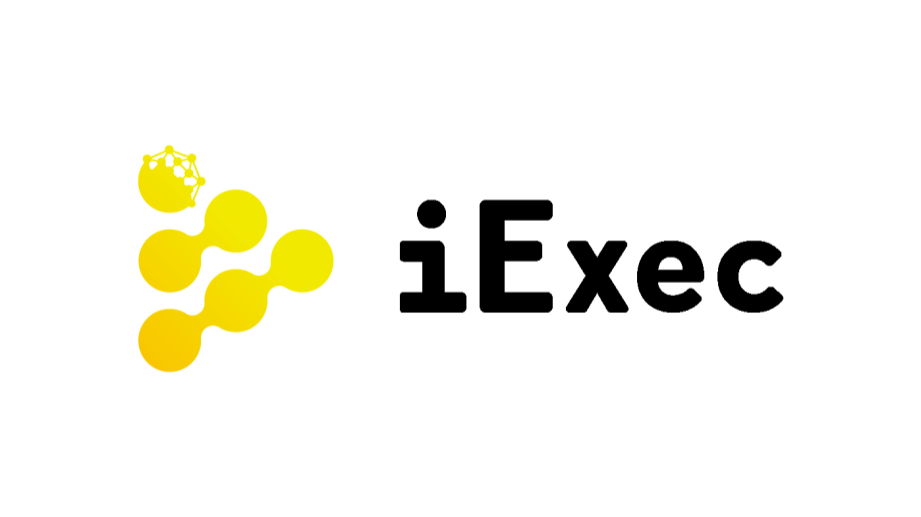 Over the recent past, there has been a lot of industries that were introduced but, one such industry that has managed to catch the eye of many potential investors from all around the world and has made a name for itself internationally is the crypto industry. Moreover, crypto is an industry that has had a surge in its growth and popularity over the past couple of years, and that too at a rate that was never anticipated.

Having said that, I believe a lot of you are already aware of the basics of the industry but, if for any reason whatsoever, you are still not familiar with the overall concept of virtual currencies, it is only logical to discuss that first.

Cryptocurrency is nothing but a blockchain-based platform that is decentralized to its very core. Now for those of you wondering what blockchain technology is? Allow me a chance to explain. Blockchain is a commonly known technology, especially in the crypto world, and is used for the purpose of recording and verifying each and every transaction that happens over the network and facilitates the overall operations of a platform.

Also, being decentralized, the platform is very well capable of stepping outside the overall jurisdiction of government authorities and can work freely without any unnecessary interferences. In other words, a crypto is a form of virtual currency which can be used for a variety of purposes including the purchase and sale of goods and services as well as for the purpose of trade and exchange over cryptocurrency exchanges online. 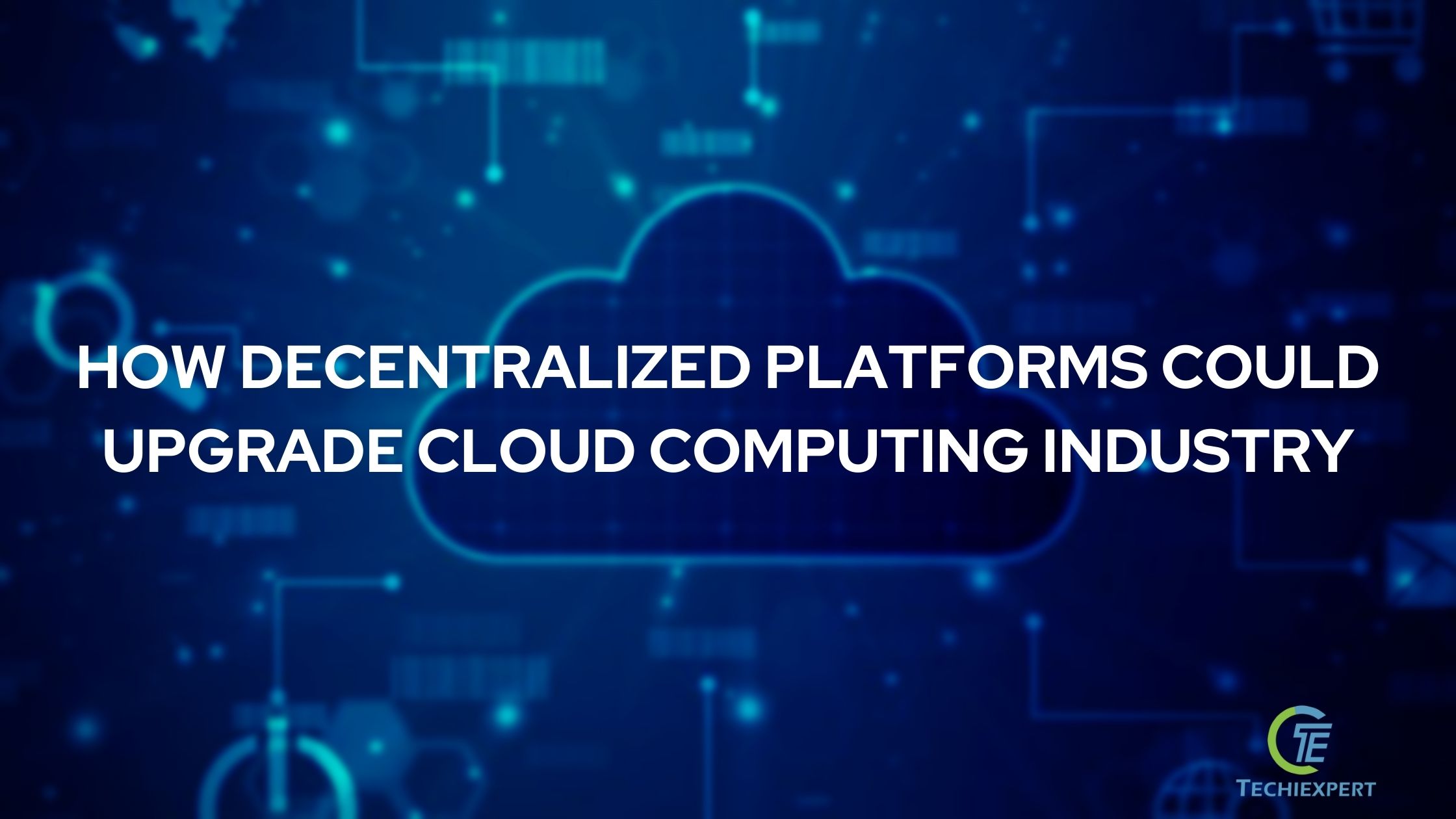 When the crypto world was first introduced, there were not many currencies to choose from back then and frankly, not many investors were interested to put in their money either. On the contrary, looking around today, it feels almost like a dream come true to see how several new currencies are coming up every day and numerous new investors are joining in with every passing hour.

Though this has been mostly because of the unexplored world of digital currencies, some of the major contributing factors for this immense success include the convenience it offers to its users, its portability, ease of use, volatility, intuitive nature, and high-profit margins of course. Speaking of a lot of currencies available today in the marketplace, some of the most popular ones that you can invest in right now include Baby Doge, Ethereum, Bitcoin, EverGrow Coin, Binance Coin as well as Dogecoin to name just a few of course.

However, you should keep in mind the fact that, if the industry is providing you with a chance to earn huge profits, due to the industry being highly volatile and the price fluctuations almost immediate, if not done right, you could also end up having significant losses as well.

Now that you have a brief backstory about the crypto world, you will be able to have a much better understanding of what we have with us today, iExec RLC. To know more, I suggest you read further!

Everything to know about iExec RLC (RLC) 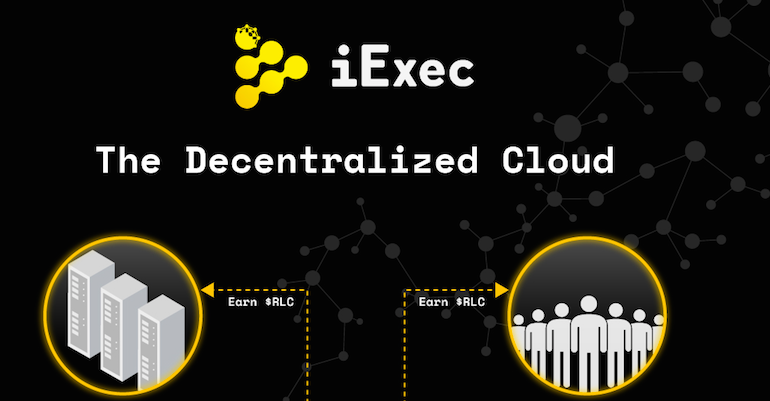 iExec or as commonly referred to as RLC is nothing but the leading provider for decentralized computing based on blockchain technology. This cloud computing protocol of yours is majorly used for building off-chain decentralized applications (DApps) and is said to distribute its computations to multiple nodes around the network instead of having centralized processers for computations.

Having said that, blockchain is utilized to help the platform in organizing a market network wherein users will be able to monetize their computing powers, datasets as well as applications. Also, it does all of this by simply providing on-demand access to its cloud computing resources. I believe that some of you might still be confused regarding what iExec is all about? If so, allow me a chance to explain. In simpler terms, think of iExec as Microsoft or even IIBM cloud services but broken up into several nodes for the purpose of off-chain computing of blockchain applications.

The project is very much similar to Siacoin (cloud storage) as well as Golem (supercomputing), except for the fact that it’s using cloud-based services for processing power. Not just that, iExec’s target audience is the blockchain realm itself along with its budding ecosystem of decentralized applications or as commonly referred to as DApps. 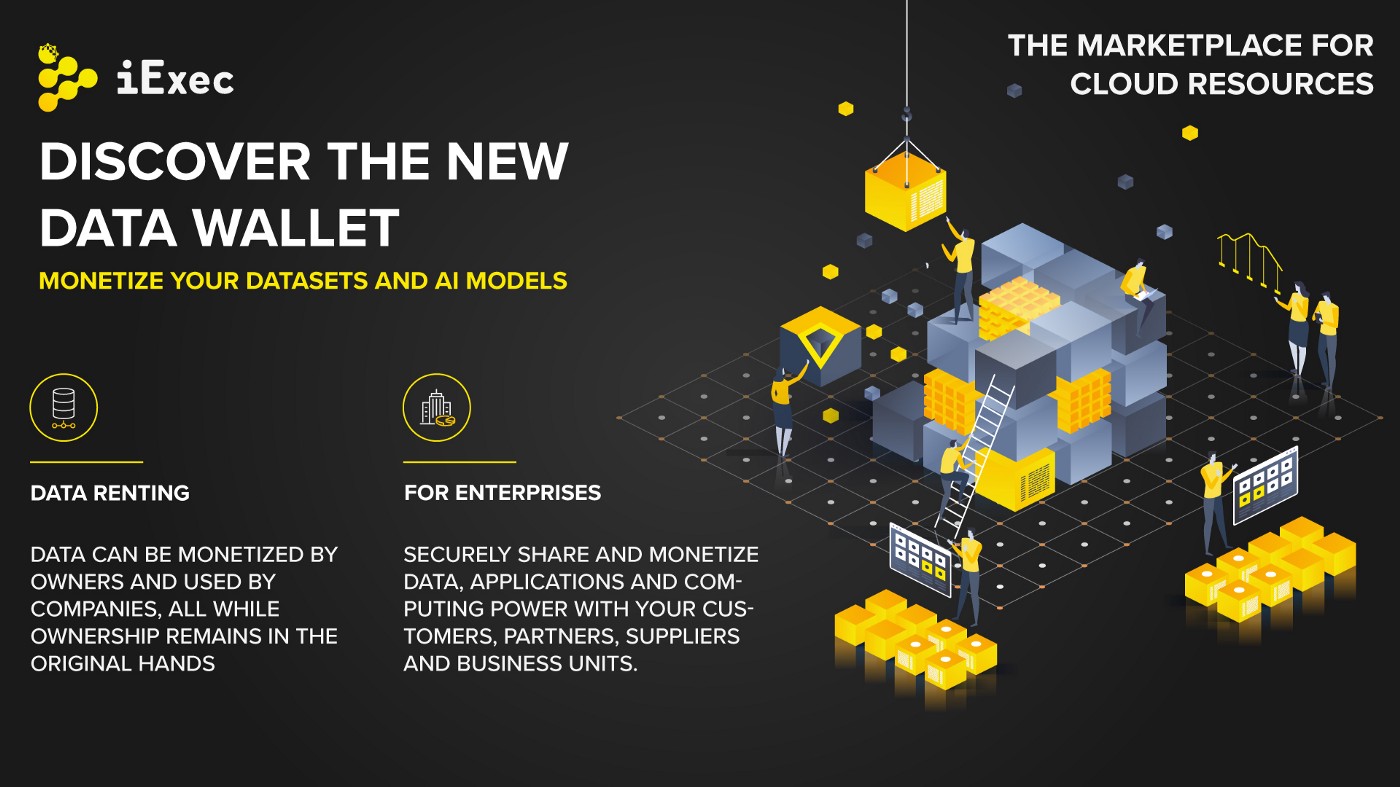 Before moving any further, it is worth noting that, iExec was founded by Gilles Fedak, who is also the CEO of the platform, around five years ago, back on October 16, 2016. The project initially was launched with a goal to reinvent cloud computing with the help of the creation of a newer paradigm for cloud computing.

Apart from that, RLC is known to be the native utility token for the iExec cloud platform, which can be used for a variety of purposes on the platform itself. Furthermore, iExec is said to support applications in various fields including artificial intelligence (AI), big data, rendering, healthcare as well as fintech.

As such, the platform is known to rely on the XtremWeb-HEP, which is an open-source grid software that helps in implementing several features like fault-tolerance, multi-applications, deployment of digital images, multi-users, data management, private infrastructure as well as security to name a few. 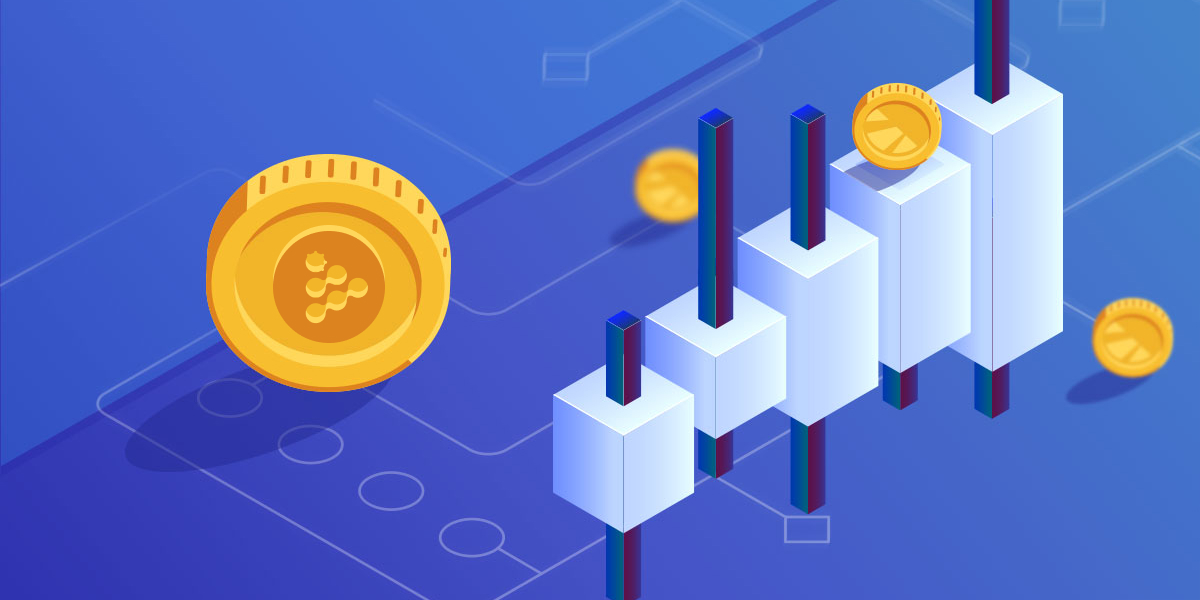 As mentioned previously, the iExec network is said to have been made up of computing resource providers, referred to as iExec Workers. In case users want to be workers, they can easily connect their machines and for contributing their resources to the network, they will be rewarded with RLC tokens.

Not just that, application providers are also allowed to monetize their algorithms and the data providers who are said to own valuable datasets can even make them available for being used with the help of iExec. Also, in order to provide consensus over off-chain computing, there is a consensus protocol commonly referred to as Proof-of-Contribution or PoCo.

Also, all thanks to this Proof-of-Contribution, external resource providers are able to have the usage of cloud resources certified on the blockchain itself. Other than this, iExec is one such platform that is said to provide distributed apps running on the blockchain referred to as decentralized applications along with secure, scalable, and easy access to data sets, servers as well as computing resources.

Now, since all of this works on Ethereum, the platform allows for a Virtual Cloud Infrastructure that can provide users with on-demand high-performance computing services. Lastly, iExec is known to support the emerging class of distributed applications based on blockchain technology and enables high performance as well as cost-effective computing with the help of decentralized cloud infrastructure as mentioned previously. Also, it is worth noting that, through making access to machines significantly easier, a distributed cloud is likely to result in a drastic increase in the environmental footprint of data centers.

Now that we have talked much about iExec RLC, some of you must be wondering, whether or not it is a good idea to invest in the platform? If that’s the case, then let’s find out, shall we? 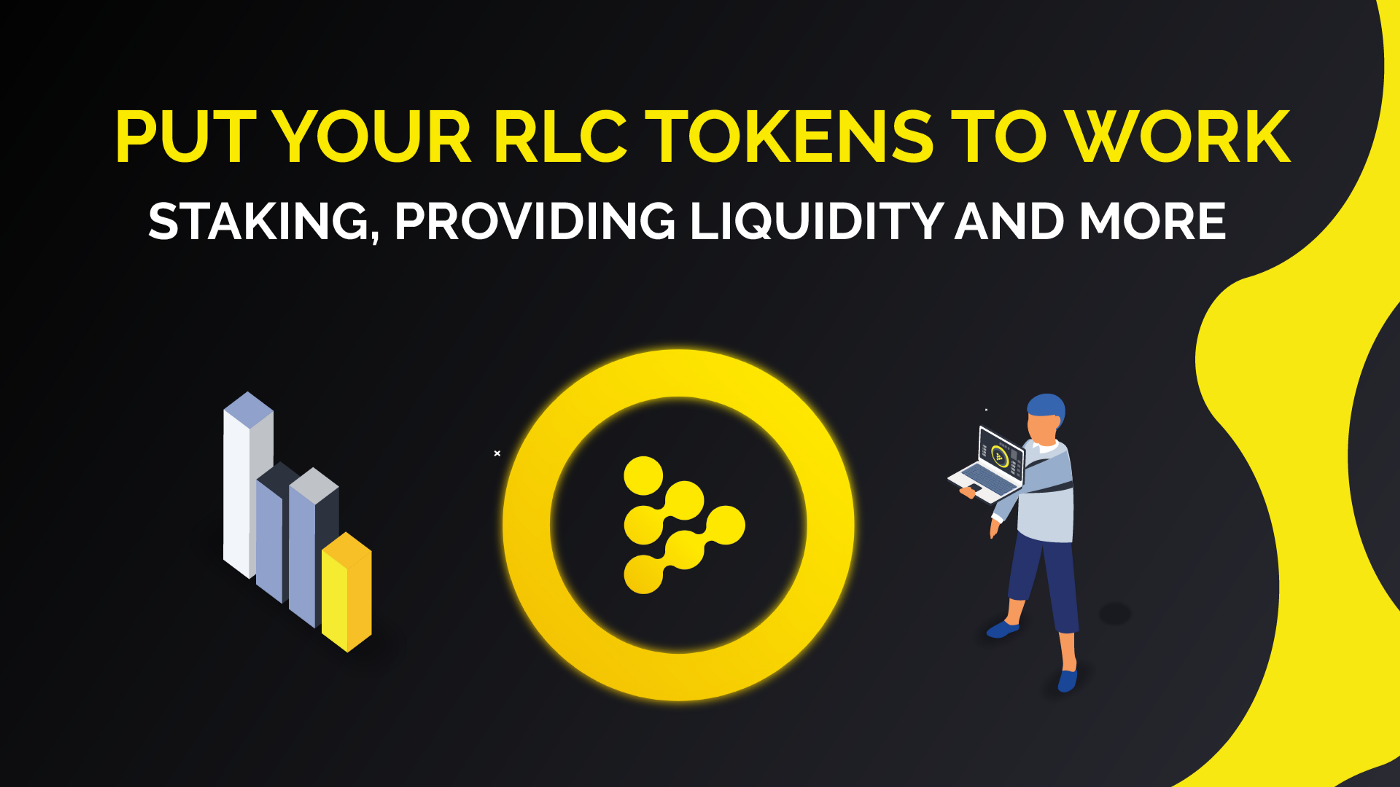 As of today, the price of iExec is about 3.66 US dollars with a twenty-four-hour trading volume of 136,545,604 dollars. Not just that, in just the past twenty-four hours, the value of iExec has gone down by 24.32 percent, and with the current market cap of 292,943,834 US dollars, RLC is currently placed at #182 position as per the CoinMarketCap rankings.

Also, it is worth mentioning that, the current circulating supply of iExec is 80,070,793 RLC coins but unfortunately, the maximum lifetime supply of the currency is not yet available. In just the past week alone, the price of iExec has gone uphill by 0.34 percent.

Reading so far, you must have gotten a fair understanding of the platform and by now, you should be able to figure out on your own whether or not investing in iExec RLC is the right thing for you to do. Seeing what it has to offer when combined with its performance in the recent past as well as its plans for the near future, I certainly believe that iExec can prove to be a profitable investment in the near future, which is likely to provide you with higher returns and it is a possibility that your current investment may increase in value. But again, nothing can be said for sure! 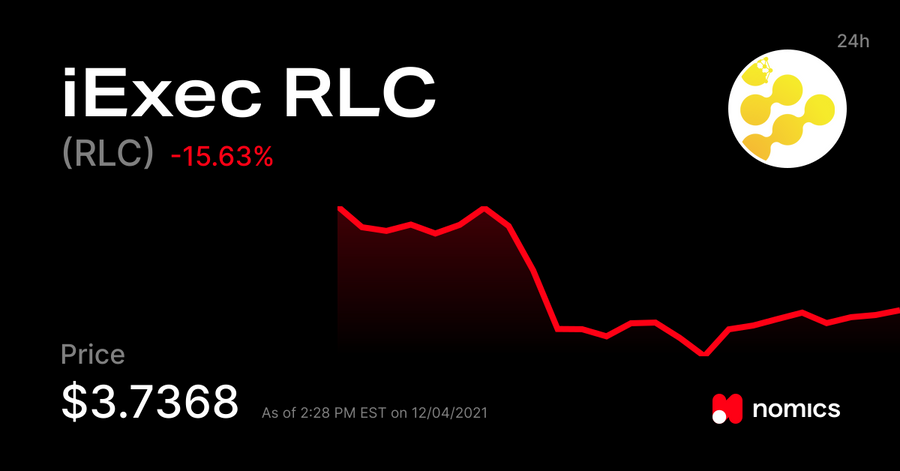 As mentioned at the very beginning, crypto is a highly volatile marketplace and is extremely uncertain. Thus, It is very important for you to understand the fact that just like any other currency in the crypto marketplace, iExec does have its own risks as well and you should invest only if you are willing to take those risks and bear any and all losses if at all necessary.

If you are wondering, where can you buy iExec? Let me help you with that. Currently, iExec is available on all major crypto exchanges but, some of the popular exchanges that have RLC listed on them include Binance, Mandala Exchange, Huobi Global, Upbit as well as KuCoin to name a few.

In conclusion, what are your thoughts on iExec RLC? Do let us know in the comments below. To know more about various cryptocurrencies, do check out other articles we have on our website. Thank you for your time & if you found our content informative, do share it with your investor friends!

Also read: Voyager Token: Everything you need to know