AAHL sets a new bench mark by raising $250 Million to develop 6 airports, with an additional facility to raise $200 Million.

Gautam Adani founded the Adani Group in 1988, which was primarily a commodity trading business. Ahmedabad is the headquarters of the Adani Group. On May 10, 2022, the company’s market capitalization was $204.41 billion. With the passage of time, the Adani Group has come to dominate the market for transportation logistics and energy utility portfolio business, with a primary focus on creating large-scale infrastructure in India with O&M techniques that meet global standards. The Adani Group has been awarded the contract to operate seven airports in India. Mumbai, Ahmedabad, Guwahati, Jaipur, Lucknow, Mangaluru, and Thiruvananthapuram are among Adani’s airports. 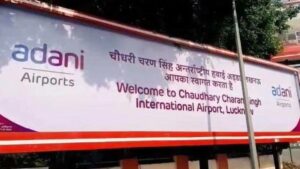 Adani Airport Holdings LTD, a subsidiary of the Adani Group, has raised a $250 million secured three-year ECB facility from Standard Chartered Bank and Barclays Bank PLC, with the goal of creating long-term value by structuring sophisticated infrastructure that enriches and channels the lives of the nation’s citizens. A condition in the facility allows for an additional $200 million in funding.

Why did Adani group raise such a giant sum of amount?

Adani Group has always envisaged of achieving an experience that would be provided in its facilities, that would bring joy, luxury, safety second to none! In order to fulfil the goal, the Adani group promises to distribute funds in phases. Mumbai International Airport LTD and Navi Mumbai International Airport LTD will receive the first phase of capital management. The group’s goal is to grow the airports’ company into one of the world’s major airport conglomerates.

How does the First Phase look like for AAHL?

The First Phase looks promising for AAHL because of the multiple portfolios that they have achieved. Mumbai International Airport has placed $750 million dollar portfolio to Apollo, while Navi Mumbai International Airport LTD has closed $1.74 billion from domestic banking system. A capital cumulating to $2.74 billion has been raised in the first phase.

What would the next phase be?

To realize its aim of providing world-class infrastructure to the nation’s population, AAHL plans to leverage public finance markets and expand construction facilities.

How does the future for Adani Group look like? Let’s Find out!

Adani Group, with its phase wise plan has made an extravagant attempt at improving the infrastructure and business in airports. Also, AAHL is fully committed to the UN’s sustainable Development Goals, which makes the investment of AAHL more impressive.