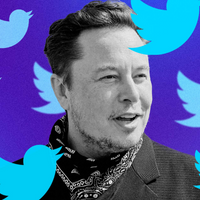 Elon Musk stated that one of his primary concerns is the issue of readily accessible child sexual exploitation content on Twitter.

Musk was a follower of the Twitter user EvaFoxU who posted, “Elon Musk has begun addressing the issue of posting child sexual exploitation content on Twitter after years of the platform’s inactivity on the subject under past management.” Along with a link to a Tasmanian article that featured an interview with Eliza Bleu, a victim of human trafficking and an advocate for those who have been victimized.

In his reply to the tweet, Musk stated that the problem is “Priority #1.”

According to Bleu,” the new management of the company takes the CSE problem seriously.” She emphasized and expressed her thoughts on Musk’s takeover. She mentioned that the three primary hashtags are removed. These hashtags were used to promote child sexual abuse content on the social media platform.

Although the social media platform had taken down most of the information with these hashtags, a news panel still spotted several tweets demanding CSE content.

Twitter, Tasmanian, or Eliza Bleu did not immediately answer a request for comments.

French President Emmanuel Macron on November 10 asked on Twitter: “Will the bird protect our children?” Musk responded in French, saying “Absolument,” which translates to “absolutely.”

The social media platform has been the focus of controversy for years. Additionally, it was the target of a significant child safety lawsuit in 2021.

A minor filed a lawsuit against Twitter. He claimed that the platform would not take down a 2019 video of him. At the age of 13, the child was sexually explicit. The corporation removed the video from its site nine days after the youngster reported it. But only after a US Department of Homeland Security agent got involved.

In 2021, two legal counsels for the minor told the National Center on Sexual Exploitation. They said that child pornography was traded on Twitter using specific hashtags. They noted that Twitter might only remove “a percentage” of child sex abuse content that has been reported.

Twitter has “zero tolerance towards any material that features or promotes child sexual exploitation. One of the most serious violations of the Twitter Rules.”

The social media firm has been dragged into controversies for the past several weeks and has been making highlights.