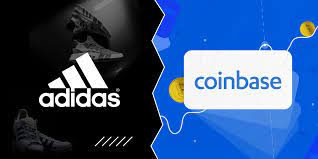 Adidas Originals, a division of the German sportswear company Adidas, has announced a partnership with Coinbase, a cryptocurrency exchange.

We’ve partnered with @coinbase.
Probably nothing.

“We partnered with @Coinbase. Probably nothing,” Adidas Originals wrote in a Wednesday tweet. Coinbase affirmed the partnership with “gm @adidasoriginals. Welcome to the party, partner!”

A request for more information about the agreement was not returned by Adidas Originals. In a tweet two days before the partnership announcement, the brand expressed curiosity in the metaverse, asking, “adiVerse, anyone?”

Hey @adidasoriginals, impossible is nothing in the Metaverse. What if we invite all of the original thinkers and do-ers to design our future together?https://t.co/xQrfAWHBky pic.twitter.com/fTCaqf6fho

“Seeing more companies enter the crypto-economy is a very encouraging development. A Coinbase spokesman told The Block, “We look forward to seeing all of the prospects for companies in this burgeoning market.” More information on the partnership was not provided by the firm.

Coinbase filed its third-quarter financial report earlier this month, reporting $1.23 billion in net sales for the quarter. This is a down 39percent from the previous quarter when the corporation brought in a new high of $2 billion in revenue. Net income was also about 75percent lower at $406 million, compared to $1.6 billion in the second quarter.

According to the study, net income was barely $406 million in the third quarter, down nearly a 75percent from the previous quarter’s $1.6 billion profit. It had adjusted EBITDA of $618 million (earnings before interest, taxes, depreciation, and amortization).

Despite “softer crypto market conditions, driven by low volatility and dropping crypto asset prices,” Coinbase made a handsome profit throughout the time. Despite this, stock prices fell as much as 10percent in the hours after the financial data were released.

Coinbase continues to roll out new products in an attempt to predict user demand to keep up with the more competitive climate depicted by these declining figures. The exchange revealed last month that over 1 million people had signed up for the waitlist for their upcoming NFT platform.