AI: Ghost workers demand to be heard and seen

Machine learning and artificial intelligence, fields that are on the road of development are fueled by the efforts of a number of humans who quite ironically, work like machines to make the machines more human. However, the surface image visible to us when we look at the landscape of artificial intelligence is that of scientists and experts, whose ideas and knowledge are imperatively the keys to opening newer domains in the technological landscape. 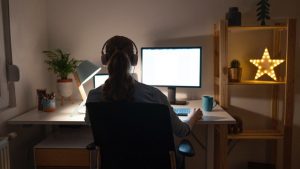 However, as is characteristic of a picture, there is more to it when you look closely. Even in the technological province, there are a large number of workers who work with the scientists, classifying and labelling data. Jobs that are pivotal in building a strong base on which the work can be done. And with these workers, questions of exploitation also take center stage. More often than not, the workers are shadowed with an invisibility cloak that veils their efforts and individuality, pushing them to be dependent on the whims and fancies of the tech giants they work for.

Amazon Mechanical Turk is one among the most established crowd sourcing platforms. Owned by the retail giant and directed by the AWS division, they channel workers to businesses to fill up the roles machines cannot currently fill. The job profile can vary, according to the requirements of the company, ranging from labelling images or even working as contend moderators.

According to an AWS spokesman, MTurk is characteristically a part time job that lurks on the neighborhood of a paid hobby. The prospect of flexibility offered by this ‘Paid Hobby’ is indeed intriguing and fun. However, a deeper look into the case, exposes certain nuances that were earlier buried under the optimistic wave generated by the company.

More often than not, turking is the only job available to a majority of people for whom it is definitely more than a paid hobby. Their families and livelihood is dependent on the job and though they take pride in their work, the feeling of being undervalued persists. The conditions of work do not always come under the label of ‘satisfactory.’ And most workers, do not speak about these in the fear of losing their jobs and by default, their livelihood.

Sherry Stanley, who has been working with MTurk for the past six years, opened up in an interview with BBC,

“I live in constant fear of retaliation for speaking out about the ways we are being treated.”

The workers are now demanding more transparency about the work and pay. Questions are being asked and they demand answers. Answers they are entitled to, as directed by the ethical compass. At present, Turkipton is the only tool that edges close to an organization that can address the workers’ issues.

In response to these, Amazon passed a statement saying,

“While the overall rate at which workers’ tasks are rejected by requesters is very low, workers also have access to a number of metrics that can help them determine if they want to work on a task, including the requester’s historical record of accepting tasks.”

Despite the claims made by the company, the issue still poses a raging question demanding proper compensation and redressal of the issues of these unseen/ghost workers. It also throws light on the more crucial issues that stresses the need for proper regulation of this unseen labor, since they handle key factors affecting an algorithm. Decisions regarding data modelling and content regulation goes a long way in shaping the algorithms. This monumental responsibility requires an unbiased framework of action, and to induce that ethical compass in workers, it is necessary to pull away the cloak of invisibility.