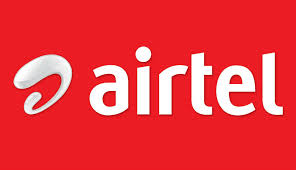 Mumbai, April 15 : Bharti Airtel’s scrip fell by 2.5 per cent today, a day after e-commerce major Flipkart walked away from ‘Airtel Zero’– which is at the centre of a raging debate on ‘net neutrality’.

Airtel Zero, as also similar services launched by Reliance Communications and Facebook, among others, have come under attack with critics terming them as attempts to restrict ‘free’ Internet access to select platforms and against the ‘net neutrality’ regime.

Shares of Reliance Communications were also down 1.16 per cent to Rs 72.15 on the BSE.

Net neutrality calls for equal treatment to all Internet traffic while any priority given to an application or company on payment basis is seen as violating the concept.

Stock markets were closed yesterday for a local holiday.

Launched last week, Airtel Zero is an open-marketing platform that allows customers to access certain mobile applications for free with charges being borne by app makers. Airtel has defended the service and said yesterday that it fully supports ‘net neutrality’.