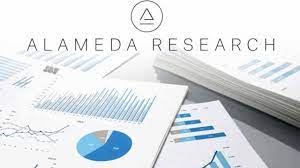 According to the reports published by blockchain analysis firm Akram intelligence on November 25th, the Sister company of the FTX platform Alameda research successfully withdrew approximately $200 million from the US division of the FTX platform.

The blockchain firm Arkham Intelligence Further mentioned that more than 50% of all the funds transferred by Alameda research on November 6th were carried out with the help of stablecoins which were pegged at USD.

What is the analysis of Arkham intelligence on FTX transitions before bankruptcy?

In its recent Twitter note Arkham intelligence has mentioned that the sister company of FTX Alameda research pulled out approximately $204 million from 8 different addresses which year aligned to FTX US for transferring these funds. All these transactions were carried out mostly in the form of stablecoins with the help of Alameda research. All these transactions were carried out just a few days before the currency exchange platform FTX collapsed globally.

In the detailed analysis of the withdrawal of funds, Arkham intelligence showcased that the Alameda research withdrew $116 million, which was considered to be 57.1%, of the total assets at FTX. These funds were also stablecoins and were pegged to the US dollar. Along with this some other crypto assets like the Tether (USDT) USD Coin Binance USD (BUSD) and TrueUSD (TUSD) were also withdrawn to complete these $ 200 million transactions.

“The funds withdrawn as the Wrapped Bitcoin also called the wBTC were sent to the Alameda research companies WBTC Merchant wallet from this source it has been further recovered with the help of BTC Blockchain.

As per the Akram intelligence, in these transactions, it’s visible that the $204 million transferred in the form of $142.4 million, which is considered as 69%, were sent into wallets owned by FTX International the subsidiary of FTX group. As per the Akram intelligence In this manner, it’s visible that Alameda research company was working as the bridge between the two entities FTX.US and FTX International.

Along with this analysis Akram intelligence is not sure about the $ 14 million worth of Ethers were sent by the FTX platform to the one other crypto platform 0xa20 as part of a trade, or if it was carried out as the process of internal fund transfer within Alameda research company.