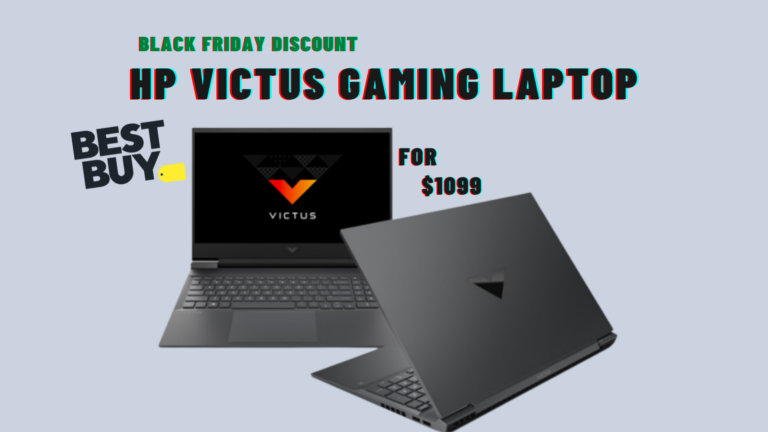 For those who are unaware! The HP Victus series is a dedicated new gaming-based lineup that includes a new dedicated laptop as well as a desktop designed primarily to improve gaming performance.

However, we have another Vicuts desktop tower called the Victus 15L gaming tower that is also on sale at a significant price. We’ve previously written a separate post on this desktop, which you can access by clicking on this link.

Talking about this gaming machine, this HP Victus laptop comes with a good range of flagship specifications inside, and also for such a great discounted pricing, now you get this laptop for a handy deal.

HP Victus Gaming Laptop – What does it feature?

Before we get to the cost, let’s have a look at the HP Victus Gaming laptop’s specifications. This is one of the Victus lineup’s premier gaming laptops. When you first open the laptop, you’ll see a larger 15.6-inch display with a maximum resolution of 1920×1080 pixels and also features a faster refresh rate of up to 144Hz.

Because of its internals, we called it a flagship gaming laptop! When it comes to the internals, this laptop is powered by a powerful Intel processor, the new i7 SoC. This is also the new 12th-generation SoC, which was only released a few months ago.

To deliver greater gaming performance, you need not only a powerful processor, but also a fantastic graphics card, and yes, HP Victus has that covered as well. This gaming beast is equipped with the flagship NVIDIA RTX 3050 Ti graphic card, which has a 6GB capacity. To be clear, this graphic card is an enhanced version of the ordinary RTX 3050.

This processor, when paired with the GPU, also receives faster RAM and storage, with up to 8GB of single RAM clocked at a max frequency of 32000MHz and an NVMe PCIe storage capacity of up to 512GB. This HP Victus laptop offers a high-performance laptop that does amazing heat out the sink. HP claims to have added a pair of two fans to provide plenty of space for heat to escape and keep the laptop cool.

In terms of cost, the HP Victus Gaming Laptop is currently available for purchase at a significant discount during the Black Friday Sale. Best Buy is hosting this deal, and they have been offering enormous discounts this season. This laptop is priced at $1099.