Jack Ma, one of the most popular billionaire entrepreneurs in China, and the name behind the giant tech and e-commerce conglomerate Alibaba, has not been on the news much lately. However, he is making headlines after announcing that he will be stepping down as the president of the elite business school that was founded by him.

Been Out of the Limelight

Ma has been out of the news ever since the fintech branch at Alibaba was under scrutiny by the country’s regulatory agencies, over charges of monopoly in market practices. The Chinese government has lately been trying to cut back on the growing influence of entrepreneurs in their country.

New Rules for the University

Ma had set up the business school, or rather, university, in 2015, in his hometown, Hangzhou. The university is today known as Hupan University, and is home to notable alumni like Tiger Hu and Justin Sun. The school will be renamed, and Ma will reportedly not be holding any key or high level title in the same. 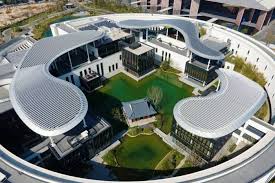 As Beijing continues to pressure the Alibaba group to dismantle its fintech arm, the Hupan University was forced into suspending the enrollment of new students for the semester which started last month. Construction workers have reportedly been seen working to remove the name of Hupan University, from a signboard.

The Reason for the Problem

Claimed to largely have arisen from disapproval towards a speech from back in October, where Ma had called the financial systems in China “outdated”, a number of moves have been taken by China in quick succession to clip Alibaba’s wings. These include a heavy fine of 18.2 billion yuan (or $2.8 billion) by antitrust organisations, as well as an order passed by the country’s market watchdogs, calling for a restructure of the business plan at Ant Financial, the company’s fintech branch.

Ma, who was a schoolteacher before he set up Alibaba, had already stepped down as CEO of the group, back in 2019, and has since immersed himself in educational and philanthropic work.