Alibaba fires 40% of AliExpress staff in Russia amid war in Ukraine AliExpress is a joint venture between Alibaba and Russia partners launched in 2019. 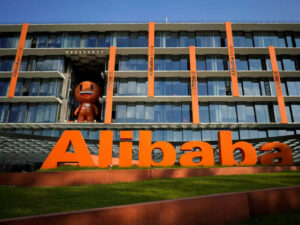 On Friday, May 13, China’s Alibaba Group Holding took a crucial step towards its operations in Russia. The group reportedly laid off around 40% of the staff of AliExpress in Russia. This was its joint venture with partners at Russia. This lay off of the staff was mainly due to the disruption faced in the field of cross- border businesses, a result of the continuing crisis in Ukraine. The first ones to report on the development were Nikkei last Friday.

When approached for a comment on the situation, the e- commerce company based in China did not acknowledge any of the requests.

Apparently, an employee of the company familiar with the matter provided information on the developments. The report stated how it was rather unclear if there could be possibly more layoffs. Moreover, this was because some of the staff, said to be fired, reportedly chose to leave the facility voluntarily. In fact, some even relocated elsewhere. Additionally, the report specified how the commercial division was hit the worst by this mass layoff.

This particular venture mainly depends on cross border sales for way more than three quarters of this business of theirs. Moreover, it has been rather slower to show much favourable results recently from an e- commerce boom which was led by the Covid-19 pandemic. This is because supply chains are still adjusting to new curbs in the field of travel.

Most importantly, it has been impacted by the Russian invasion of Ukraine. Russia launched a war on Ukraine on Thursday, February 24. Russia still refers to the assault inflicted on the country as a form of ‘special military operation.’ Ukrainian cities such as Kyiv have been going through  constant assault by the Russian forces.

Since the beginning of the war, various entities in the tech, commerce and retail worlds have boycotted Russia as a form of retaliation for the assault on Ukraine. Owing to sanctions, tech giants such as Meta, Twitter, Alphabet Inc have gone ahead to stop various forms of operations in the country. Along with it, various retails giants such as Inditex, and brewers such as Heineken and Carlsberg have gone ahead to halt operations in Russia, in addition to many more.