‘All My Apes Gone’: Thieves steal NFT collections worth millions of dollars

“My account has been compromised.” All of my apes have vanished. In a since-deleted tweet sent on December 30, gallery owner Todd Kramer of New York’s Ross + Kramer Gallery said, “This just sold, please help me.” 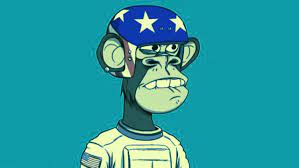 A phishing scheme had stolen 15 NFTs worth $2.2 million from his Ethereum wallet, including four apes from the “Bored Ape Yacht Club” collection. Many of the artifacts in Kramer’s collection appeared to have been sold by the thief, and Twitter users mocked Kramer’s bad luck, pointing out that he had bet on an unregulated, decentralized system that would be unable to rescue him.

“Man If only there had been some kind of Regulating authority in place that could like Insure your investments against theft and fraud,” wrote one user with the handle @anarchy_shark.

In an email, an OpenSea spokesperson responded, “We take theft seriously and have policies in place to meet our duties to the community and dissuade theft in the larger environment.” “As a blockchain explorer, our goal is to provide the most comprehensive perspective of NFTs across multiple blockchains,” says OpenSea.

We don’t have the authority to freeze or delist NFTs on these blockchains, but we can prevent people from using OpenSea to acquire or sell stolen goods. We’ve established security tools and methods to combat theft on OpenSea since the problem first surfaced. We’re stepping up our efforts in customer service, trust and safety, and site integrity so we can safeguard and empower our people faster.”

As the value of NFTs has soared, phishing scams have become more common. Most intelligent users, on the other hand, can safeguard themselves by using a hard wallet, also known as a cold wallet, which is a physical device that only connects to the internet when plugged in and active. Kramer was using a “hot wallet,” which is always linked to the internet and hence more vulnerable.

However, theft of a different kind is more widespread than phishing fraud. Some people have started making NFTs of art that they did not produce, a problem that has yet to be solved.

Also read: For the third time in six months, Solana’s network has gone down