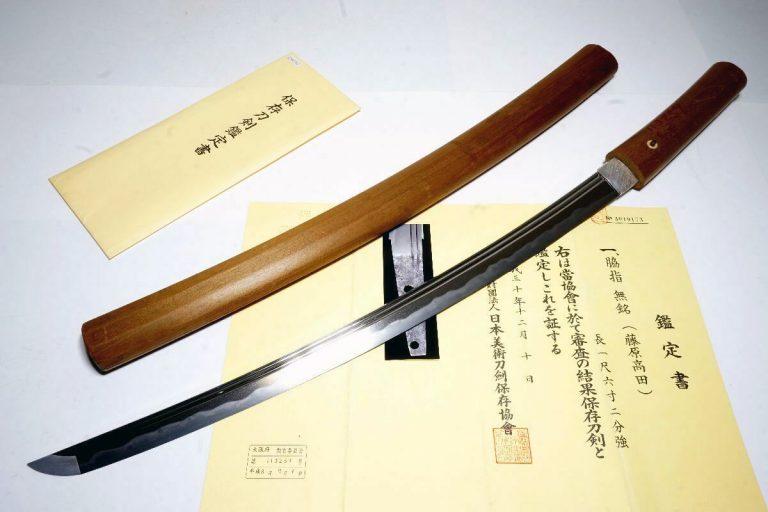 All You Need to Know ABout Japanese Wakizashi

Wakizashi is a type of sword. It is a type of sword created and used as a companion and back up to Katana’s long blade sword. Both sword types, namely, Katana and Wakizashi, have their origins from Japan’s rich cultural tradition. This family of Japanese swords, the Wakizashi, was historically used by the Japanese Samurai. The Samurai were the prestigious, virtuous, noble, and highly respected military elite warriors of historic Japanese society. Samurai culture is prominent and considered an outstanding contribution to Japanese culture and tradition to the world. The Samurai have a rich history of stoic values, martial arts, weapons, and epic battle stories of glorious victory and stark defeat. There is little doubt that the Japanese Samurai have a rich legacy of excellence in combat. The Japanese Wakizashi and Katana is an integral part of that legacy.

Swordsmen and Samurai in feudal Japan would often carry both Katana and Wakizashi. The combination of this pair of swords was collectively called “Daisho.” The English translation of this Japanese term is “big-little.” The Katana was the Primary weapon and the Wakizashi the secondary. Katana are long swords with a standard length of blade larger than 23 inches in length. Wakizashi, on the other hand, is in the range of 12-24 inches. This is important because even though Wakizashi is considered a swordsman secondary weapon, this did not always mean that it was smaller in size. Wakizashi that are relatively larger and closer in dimensions to Katana are termed “o-wakizashi” in Japanese. Whereas Wakizashi that are smaller are called “ko-wakizashi.” The “ko-wakizashi.” is like another type of Japanese bladed weapon called “Tanto” or “short sword.”

The Wakizashi was usually worn by Samurai on the left side and secured to the person’s waist by the belt customarily worn as part of traditional Japanese dress. The Wakizashi was uniquely different from the Katana in terms of the type of person in feudal Japan that could carry it in everyday life. In a historical culture that emphasized order and cultural tradition, wearing a Katana symbolized that you belonged to the warriors’ Samurai class. The merchant class of society was also permitted to carry Wakizashi.

From a historical perspective, Katana is believed to have come into everyday use in the 12th century. In contrast, Wakizashi’s history appeared later in the 15th century. The Wakizashi was designed to be an excellent companion sword and did not initially have a designated official size. The nature of the Wakizashi is to be a practical weapon with multiple uses. During the battle, the Japanese Samurai would prefer the Wakizashi compared to the Katana and Tanto in close quarters and indoor armed combat. In the heat of battle in historical Japan, if a Sumarai were to lose the Katana, the Wakizashi was a dependable and lethal backup weapon. In close-quarters combat, the Wakizashi was considered useful to behead the defeated enemy soldiers.

Traditional Japanese society has a rich history of its unique value system and code of conduct. Immense focus is often placed on family values and preserving the sense of integrity and honor of oneself and a person’s family. In historical Japan, this sense of upholding one’s dignity and honor often led to a swordsman to commit suicide. This practice of ritual suicide was termed “seppuku.” The Japanese Wakizashi was considered the weapon of choice for this practice.

Each Japanese bladed weapon is unique and is made by swordsmiths that have over centuries perfected their craft. Making or forging a Wakizashi like a Katana was done by selecting different steel and materials. The artistic swordsmiths follow the ancient custom of constructing grips utilizing elegant materials and distinct design elements. The style and craftsmanship of Katana have evolved throughout Japanese history. For those that consider themselves to be passionate and connoisseurs of traditional Japanese weapons, each era and the craftsmen responsible for making these treasured weapons have a unique signature and charm.

The traditional Japanese Tamahagne steel is the material that has been traditionally used to produce Katana and Wakizashi. These bladed weapons are made by smelting, forging, shaping, and polishing the blade. This is a detail-oriented and time-consuming process that requires a high level of skill from the craftsmen. Wakizashi that use the traditional Tamahagne steel are usually in high demand. The other types of Modern Wakizashi are constructed using different types of steel alloys such as high carbon steel, spring steel, folded steel, and clay tempered steel.

Unfortunately, due to the modern culture of mass-produced machine-made items has not spared the modern-day sword making. Suppose you are interested in purchasing an authentic Wakizashi. In that case, it is best to avoid cheap and low-quality Katana and Wakizashi that are commonly sold. The good news is that some craftsmen and establishments continue to produce and market excellent custom-made Wakizashi in modern times. They keep the principles and traditions of building Katana and Japanese Wakizashi that adheres to the essence of the true spirit of the Japanese Samurai principles of decency, courage, benevolence, respect, honor, and loyalty. When a custom made Wakizashi is being produced, there is an opportunity to choose the type of steel, sword guard “Tsuba,” sword handle “Tsuka,” decorative engraving to incorporate, and even the type of wood that can be used to produce the handle.