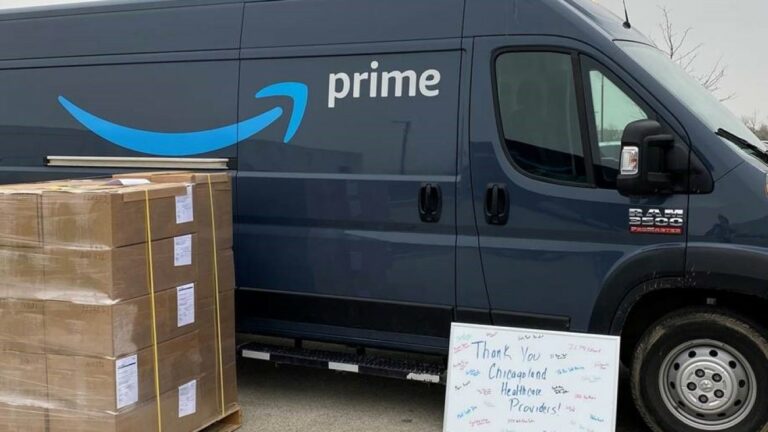 According to a labour group demanding for the federal government to investigate Amazon.com Inc., the business gave “misleading or grossly incomplete” data concerning the amount of Covid-19 infections potentially spread in its U.S. facilities.

According to the Strategic Organizing Center, which studied Amazon’s annual occupational illness and injury filings to the Department of Labor, only 27 of the nearly 20,000 employees the business stated acquired the coronavirus last year may have contracted it at work.

The centre linked Amazon’s Covid-19 disclosures to county health agency records about Covid outbreaks in Los Angeles, Salt Lake City, and Troutdale, Oregon. According to the report, the three health departments discovered over 750 Covid instances among Amazon employees, although Amazon’s disclosures suggest none of them were work-related.

“The available information is screaming for an investigation,” said Eric Frumin, the Strategic Organizing Center’s health and safety director. “How is it possible for the company to say it had 20,000 cases and only 27 were transmitted at work? That defies science and logic.”

The Occupational Safety and Health Administration has acknowledged the difficulties of demonstrating whether a person contracted Covid-19 while on the job, according to Amazon.

According to Amazon spokeswoman Kelly Nantel, the company conducts interviews with employees to gauge exposure risk and has done 1,800 vaccine events at its facilities.

“These claims are intentionally misleading to try and paint a false picture,” Nantel said. “While we know we aren’t perfect, we’re working hard every day to listen to the experts and keep our teams and communities safe, which has included incurring more than $15 billion in costs for things like extensive contact tracing, on-site vaccine clinics and testing.”

Even while many businesses were forced to close stores, Amazon benefited from a boom in online buying during the pandemic’s lockdown phase. Amazon’s revenues increased by 38% to $386 billion last year, and the business reported record profits.

Amazon’s e-commerce boom was accompanied by a flood of criticism from workers, labour groups, and government authorities, who claimed the business did not do enough to protect workers and was stingy with Covid data.

Attorney General Letitia James of New York filed a complaint in February saying that Amazon violated workplace safety guidelines during the pandemic and penalised against warehouse workers who raised concerns. That case is still in the works.

According to Steven Markowitz, an epidemiologist at the City University of New York and an expert in occupational dangers, federal authorities should take a closer look at Amazon’s policies.

“People are acting like the pandemic is over, but we’re still in trouble,” he said, citing the new omicron variant. “OSHA says you have to make a good-faith effort to determine if a case is work-related, so you want to know how Amazon arrived at only 27 cases out of nearly 20,000.”