How can Flipkart and Amazon show a growth scale of 35% in just one year?

Every year, Amazon and Flipkart claim to have great responses from customers all over India during their festive season sale. Flipkart hosts its Big Billion Day Sale and Amazon leads the Great Indian Festival Sale. Both of these e-commerce websites are highly trusted amongst customers and wildly popular.

Flipkart Big Billion Days began on October 16 and will end on October 21, within the first two weeks; Flipkart has received participation requests of e-retailers from all across the country which is likely to generate a sale figure of $6.5 billion within the month. According to analysts, the first 75% sale happens within the first week of the sale itself.

Amazon Great Indian Festival Sale lasts for a month, starting from October 17th. Combined Sale of Amazon and Flipkart seek approximately 60-65 million online buyers which surpassed the online average sale of $4.8 billion from last year to witness a rise of approximately 35% this year. Not to forget the COVID-19 pandemic, followed by a lockdown in India.

According to reports, Flipkart has earned somewhere around $6.5 billion during its Big Billion Days out of which approximately 35% income is likely to come from smartphone sales, the second spot goes to consumer electronics and computers that yielded the company about 20% income. Next up is 17% and 5$ from fashion niche and home appliances respectively. The least income was generated from Furniture, grocery and home décor of about 5-7% which is less in percentage but point to note- the calculations are centred on total income of $6.5 billion.

On the other hand, Amazon majorly depends on its Prime memberships to earn profits. The company recorded a phenomenal response in new Prime memberships in this season. During the Great Indian Festival Sale, most of the company’s income came from Smartphone Sales, followed by fashion category. The total sale in both of these categories accounted for about 50% of the company’s total sale. 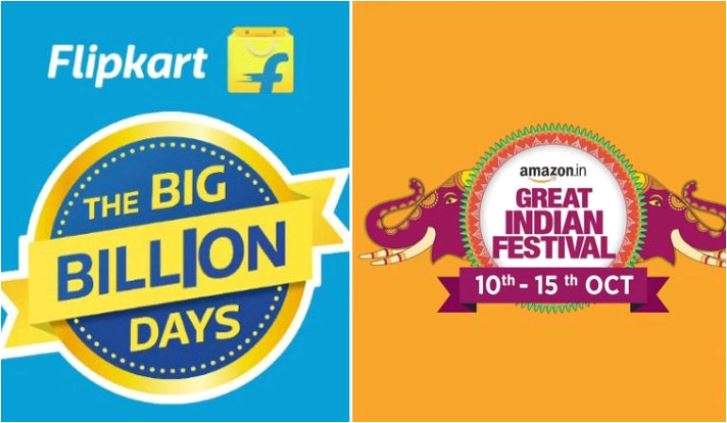 There are several anticipations about the sales of both these rivals. This year has recorded a hike of approximately 35% in sales despite the COVID-19 situation in India where most small and medium-sized business were shut and big one’s were facing serious losses. Many employees were removed from companies as they could not afford them. Serious cost-cutting measures were being taken in the first few months of the lockdown but despite that many businesses flourished, even entered the Unicorn Club. Amazon and Flipkart were two e-commerce platforms that recorded a serious hike in sales as this pandemic has revolutionised digitisation in the country.