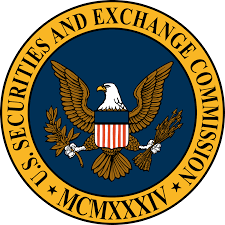 That big companies and industry leaders have a significant bearing on the global climate is a well known fact. But this bearing becomes even more important when the companies in question are tech-oriented firms. And so, it does seem to be a good move that it these companies, namely Facebook, Alphabet, and Amazon, that have urged the Securities and Exchange Commission (SEC) to demand firms to file periodic climate change performance reports.

The petition, which is addressed to SEC Chair Gary Gensler, has also been signed by reps from Autodesk, eBay, Intel, and Salesforce, as reported by CNBC.

Towards a Cleaner Economy

The request comes after the SEC invited opinions and input from the public on making such disclosures mandatory, following which, companies have been urging the agency to get their contemporaries to issue reports regarding their greenhouse gas emissions, as well as their adherence to the existing global frameworks, and, quoting the letter itself, their “recognized global standards for required metrics, such as the World Resources Institute GHG Protocol.”

Another area that the businesses are pushing for is the allowance to issue such disclosures outside of the quarterly, annual, etc. filings. The letter holds that making such disclosures to stakeholders necessary is the need of the hour in order to ensure that companies stick to the climate commitments that they state, while also keeping track of their progress in terms of meeting goals related global warming, in keeping up with the ultimate aim of an economy set up on a zero-carbon ideology.

The group of firms has also given a detailed outline of a number of core principles that they believe should be a part of the rules pertaining to the climate-change reports. They have also added that so far, they have collectively purchased 21 gigawatts of clean energy, with each company individually claiming to procure energy that’s a 100% renewable.

Meanwhile, Microsoft too, has written a separate letter to the agency, also in favour of requiring companies to make filings into their material disclosures relevant to climate change. At the same time, the Satya Nadella-led tech giant has also advised the SEC against making the rules “too prescriptive”.

While it definitely is encouraging seeing the tech industry take a stand towards sustainable development and climate protection, we can’t ignore the fact that many a time, these companies tend to forget their own ideologies. Two years ago, many firms, including online retail giant Amazon, saw thousands of their employees organize a “walk out” ahead of the UN Climate Action Summit, as they felt “hopeless” and “ashamed”.