India has the world’s third-highest number of startups, the world’s largest startup funds actively invest in India. Indian talent has made its way into the world’s most powerful tech firms. India’s startup ecosystem has grown from a small regional industry to a worldwide giant. 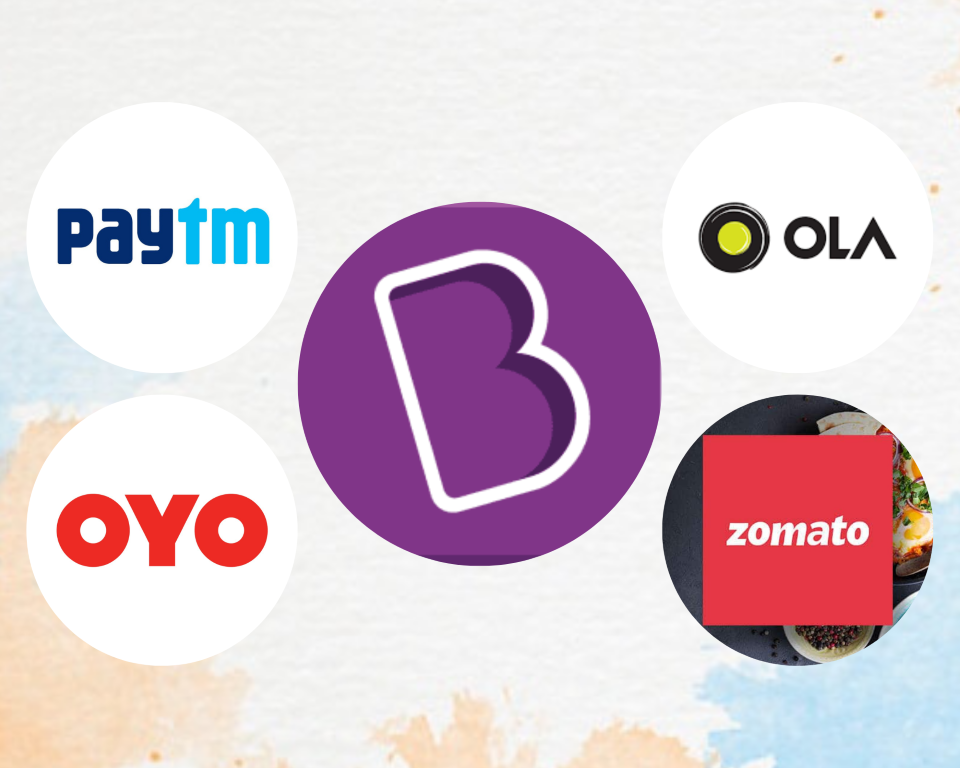 However, India has produced a number of world-class startups, several of which have achieved staggering valuations.

Byju’s – India’s most popular learning app – is exploding in popularity and is one of the few product breakthroughs to emerge from India in recent years. With a valuation of $16.5 billion, the Edtech start-up has joined India’s most valuable startup club.

Byju’s, a Bengaluru-based company dedicated to revolutionizing the way students learn, has acquired TutorVista, Edurite, WhiteHatJr, and Aakash Educational Services. Unacademy and Vedantu, which are valued at roughly $2 billion and $600 million respectively, are BYJU’s closest competitors.

The online payment platform smartly leads by Mr. Vijay Shekhar Sharma. Paytm has emerged as the leading light of the cashless economy, and it has become a lifeline for many middle- and lower-middle-class people who now rely only on this application for their day-to-day requirements. Paytm has made a point of focusing on the needs of young people.

The startup caters to teenagers and young adults who are more technology savvy. Paytm heavily funded by Alibaba and SoftBank and now decided to file for an IPO. The Noida-based payment app is currently valued at $16 billion, making it the 2nd most valued startup in India as of June 2021.

OYO rooms is one of India’s largest budget hotel chains, one of the most successful start-ups. Oyo has undergone a tremendous rise in its valuation within few years. Oyo Rooms is one of the most successful companies in the country because they succeeded in solving the question of price, cleanliness, and access to budget hotels in all Tier I and Tier-II cities. Since its inception, the startup has built more rooms in China than in India and is currently valued at $9 billion. OYO is backed by notable investors, among them the SoftBank Vision Fund, Sequoia Capital, Hero Enterprise, and the China Lodging Group.

OlaCabs, or Ola as it is more often called, is an online marketplace that focuses on providing taxi services. Ola, which began as an online cab aggregator in Mumbai, is now headquartered in India’s Silicon Valley, Bangalore, and is regarded as one of the country’s fastest-growing companies, outpacing competitors Uber and Meru. The startup has already begun to build a mega factory to manufacture Electric Scooter in India. Alongside the startup intends to build the world’s largest EV charger network, with 100,000 charging stations in 400 different cities. OlaCabs is currently valued at $6.3 billion.

Zomato started out as a renamed version of Foodiebay, a food directory website. Foodiebay was founded in 2008 by Goyal and Chaddah, both IIT grads who were working as analysts at Bain & Company at the time. Zomato’s rapid success can also be attributed to the company’s rapid expansion outside of India. After achieving success in Delhi-NCR, the company expanded to places such as Pune, Ahmedabad, Bengaluru, Chennai, and Hyderabad. It now delivers food, manages the popular Zomato Gold loyalty program, and even operates Hyperpure, which provides restaurants with fresh ingredients. Zomato started grocery delivery in 80+ cities across India to help with the supply of essentials, during the Covid lockdown. Zomato is worth $5.4 billion in India since it is the market leader in food technology.