Alexa becomes more natural and interactive as Amazon announces a new series of echo devices with new custom machine learning chips. The announcement was made on Thursday, September 24, 2020. This upgrade makes Alexa, a little bit smarter. Here’s how…

The all-new Amazon Echo now comes in a spherical shape and is similar in quality to the Echo Studio series, but of course, a lower price point. Amazon did a little something for the children as well, they have named it the kid’s edition. It features a reading companion to help children read along. The new machine learning chip allows Echo devices to recognize a kid’s voice and interact with him/her accordingly. This is called the Kids Mode and Alexa will switch to it when interacting with a child via voice recognition.

The new software, Echo Show 10 has been launched alongside the new Echo devices. This software comes in with a lot of features, but the best and most interesting one is its ability to follow users as they move around the room.

The SVP of devices at Amazon, Dave Limp tells us that this feature does not use any form of facial recognition, the smart motion acts by tracking the human form.
A new guard and sentry mode allow the users to keep track of what is happening in their house when they are away. Netflix will come pre-loaded on the 10-inch screen which is a positive for most people. 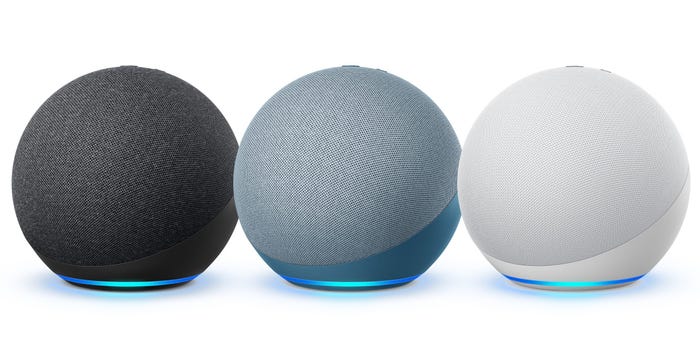 Rohit Prasad, Head scientist-Alexa explained how Alexa is getting smarter with every update. The new echo devices are pre-installed with the new AZ1 Neural Edge Processor with an all-silicon design developed to boost machine learning capabilities. Powerful inference engines run rapidly with an all neural speech recognition ability which is faster and more efficient than before.

‘Neural turn-taking‘ allows Alexa to be a part of a longer conversation and lets it understand whether the conversation is meant for it or not. This makes Alexa much more interactive and natural, like a normal person.

Amazon’s gaming service called ‘Luna’ will be powered by Amazon Web Services and is intended for devices already in-use to a user.

Another launch in the event was the all-new Fire TV that offers voice-first experience and now a personalized main menu screen. A new Amazon Fire TV Lite model is available on offer. Another great launch at the event, a series of ring devices was launched that is used to guard the car. Full functionality of this device would be disclosed soon. ‘The future tech’.

Amazon’s need for sustainability encourages them to add a low-power mode on all of its new devices, battery dashboard that can keep a tab on all devices. As far as the environmental factor is concerned, all new devices are recycled aluminium and fabric-based which makes them more sustainable and efficient.