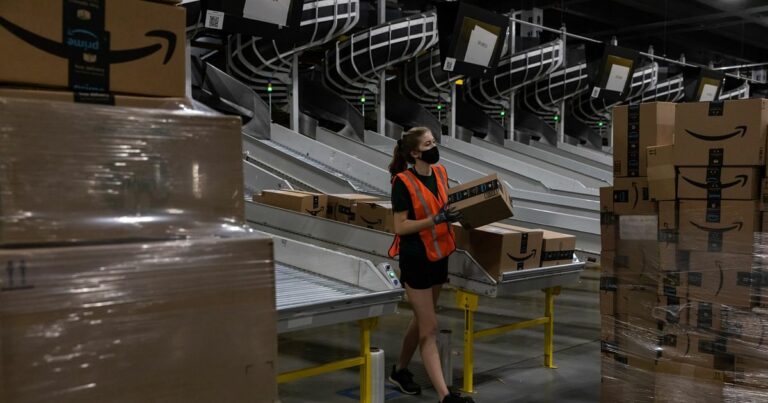 According to Bloomberg, Amazon is serious about getting its staff vaccinated against COVID-19, and the online retailer has announced a corporate lottery for frontline employees who can show their immunisation status.

According to Bloomberg late Friday, the ‘Max your Vax’ contest is open to frontline personnel, including warehouse and logistics workers, as well as hourly workers in Whole Foods Market, Amazon Fresh foods, and Amazon Web Service data centres.

The world’s largest online retailer is hoping a corporate lottery called Max Your Vax would persuade holdouts to receive the vaccine. It has so far refused to impose immunizations for its 1.3 million-strong employees. According to Bloomberg, the announcement came the same day Amazon said that all workers, regardless of vaccination status, will be required to wear masks in its logistics facilities starting Aug. 9.  Since late May, vaccinated Amazon employees have been able to work without wearing a mask.

If workers were immunised against the illness, Amazon has previously offered up to $80. Employees are needed to meet the increased demand from online consumers and staff hundreds of additional locations that will be opening in the next several months. They are concerned that mandates will drive vaccine sceptics out of their positions, according to some Amazonians and their supervisors.

“We strongly believe that the best way to protect our front-line employees and communities from Covid-19 is through vaccinations,” Amazon spokesperson Kelly Nantel said in an email. “And we are proud to have hosted more than 1,100 on-site vaccination events to help make getting a vaccination as easy as possible for our employees and their household members.”

Bloomberg reports that Amazon has estimated the value of the rewards at approximately $2 million. There will be up to 18 winners. Five new automobiles and five vacation packages are among the prizes, which include two $500,000 and six $100,000 cash prizes.

While major corporations such as Disney and Walmart have begun to require vaccine shots for the majority of their employees, Amazon has yet to do so for Amazon warehouse and frontline workers, many of whom have worked throughout the COVID-19 outbreak. Amazon started offering on-site COVID immunisation clinics in March, but by July, it had stopped testing its warehouse workers.

As of Friday, Amazon’s stock price had fallen by 0.9 percent to $3344.94. Due to internet shopping boom caused by Covid-19 lockdowns, shares have risen by more than 80 percent since the beginning of last year

The corporation isn’t the first to offer prizes to sceptics of vaccines in order to win them over. Money-making lotteries popped up in numerous states, gold bars and a diamond Rolex were raffled off in Hong Kong, and a snowmobile was given away in Russia.