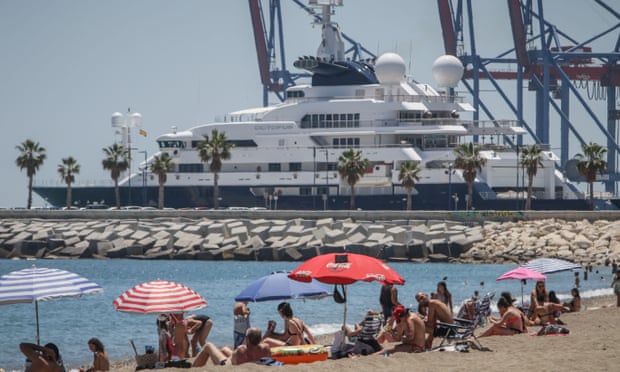 Microsoft co-founder Paul Allen’s “explorer class” superyacht has been sold for about £200 million and is now available for rent by anyone with almost $1 million to spare for a week.

Octopus, a 126-metre superyacht built for Allen in 2003, was the world’s largest yacht at the time of her construction. As of 2018, the superyacht had been listed for sale for €295 million (£250 million). It was then decreased to €235 million. As far as we know, it was sold for a little less than its asking amount. Neither the Allen family nor the Allen family office will comment on this story.

It is not known who purchased the yacht, but Camper & Nicholsons in Mayfair will make it available for charter. As of yet, the broker has not set a weekly rental pricing. Other really large superyachts, on the other hand, can be rented for as much as $1 million a week. 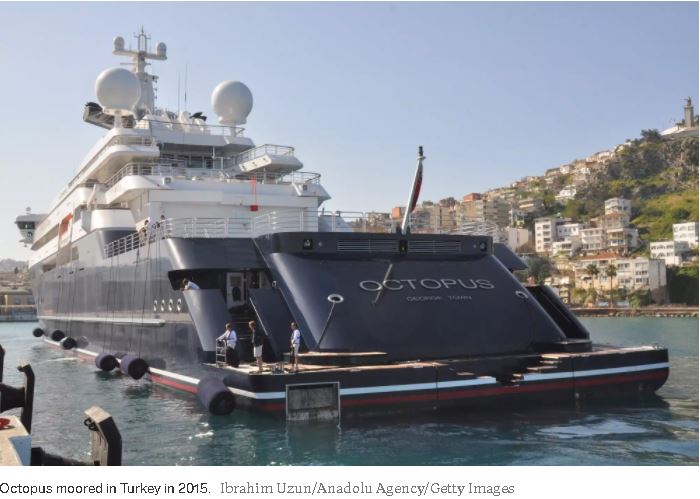 There are 13 guest suites on the Octopus’ eight decks, including a private owner’s deck. On-site, guests can enjoy the use of an indoor swimming pool (which can be converted into dance floor) as well as a cinema, gym, spa, basketball court, and pizza oven. It is equipped with not one, but two helicopters, two submarines, seven tenders, and a huge SUV, among other things. The yacht can accommodate up to 63 crew members in its crew quarters.

Explorer Allen asked yacht designer Espen Oino to develop a vessel that could go on missions.“It was a very ambitious brief, because none of the tenders, tools, RVs, subs, helicopters could be outside – they should all be concealed,” Øino has said.

James Cameron, the filmmaker of Titanic, used the ship to dive to the bottom of the Mariana Trench, which is the world’s deepest point at 10,925 metres. Allen also utilised the ship to assist in the recovery of the bell from the sinking British battleship HMS Hood in the North Atlantic by the Bismarck.

“When I first stood on the bridge, I felt as though I was on a spaceship,” Allen wrote in his autobiography Idea Man. He said having a pool, basketball court, cinema, and recording studio on the boat meant “all my passions come together in one movable feast”. “It turns out if you go 1,000 ft down in the ocean, it’s really dark, and the animals are really strange,” Allen said in 2011. “But if you put on some Pink Floyd, it’s fantastic.”

Among others who have used the onboard recording studio are Mick Jagger, Bono, Usher and Joss Stone. It was a particular challenge, according to ino, to outfit the recording studio to meet Allen’s requirements.

“Mr Allen’s interest in music was enormous and the acoustic quality was nothing less than a shore-based one,” Øino said. “There were 54 tonnes of AV/IT equipment aboard. A very complex boat in many ways. I think he loved it.”