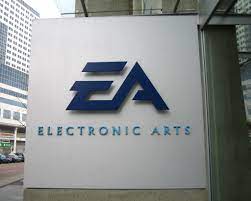 According to reports Amazon, an internet-based enterprise which has its tentacles spread out in multiple domains is set to acquire Electronic Sports (EA). Although Electronic Arts and Amazon are yet to make an official confirmation on the deal, it is expected that the official confirmation on the deal would be made today, according to an esports content company GLHF.

If rumours are to be believed companies including Disney and Apple are also interested in the acquisition. Electronic art SEO had said in August that the company would be available for acquisition starting the month of August.  The current value of Electronic Arts is $35 billion.

The impact of the acquisition report was also felt on the pre-trading market which saw a spike of 15% before coming down to 6% for Electronic Sports.

Founded by an Apple employee William. M. Hawkins, in 1982 California, the Electronic Arts is a developer and manufacturer for video games. Some of the main products developed under the enterprise banner include FIFA, Madden NFL, Apex Legends and The Sims. EA sports which were initially known as Amazin’ Software is known for its unique strategy of highlighting developer name.

Other Side of the Story