According to Nicole Nguyen of The Wall Street Journal, some Amazon sellers are tracking down consumers who leave negative reviews and asking them to delete their postings, sometimes giving them reimbursements worth more than the item. 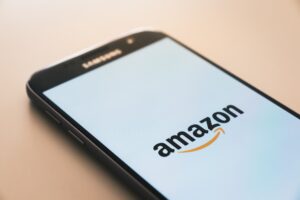 Contacting a consumer outside of Amazon’s messaging service is against the terms of service that merchants agree to while using Amazon’s platform. The personal email address of an Amazon client is not displayed in the messaging function. Furthermore, merchants are not permitted to request the removal of a bad review or the posting of a good review.

Nguyen connected with Katherine Scott, an Amazon customer who purchased a 4.5-star cooking-oil spray bottle in March. The bottle came, but instead of spraying the oil, it squirted it, according to Scott, so she posted a bad review on Amazon. A week later, she received an email from someone claiming to work for the spray bottle’s manufacturer, giving a complete refund and requesting her to remove the review.

If Scott didn’t respond, the firm would believe she hadn’t received the email and would continue to contact her. When Scott requested a refund but insisted on keeping her review live, the firm told her that if she erased the review, she would be refunded twice the item’s worth. According to The Journal, the email stated, “A bad review is a fatal blow to us.” The emails had been reviewed, according to the publication.

Scott claims she has been receiving emails from the firm regarding the evaluation for months, most recently in July. According to the article, Scott reported the problem to Amazon, but it wasn’t until Nguyen contacted them about it that the listing was removed.

Ben Hendin, another Amazon consumer, told Nguyen that he received a similar offer after leaving a negative review for a finger splint. According to The Journal, the vendor gave him a $40 refund for the $17 splint. Similar selling tactics were mentioned in the reviews under oil spray bottles on Amazon, according to Nguyen.

Customers’ names and mailing addresses were no longer included in the company’s disclosures to third-party vendors as of April. According to one former Amazon employee, merchants utilised third-party software to match consumers’ shipping information with their email addresses, which was against Amazon’s guidelines.

According to The Wall Street Journal, an Amazon spokesman said, “Amazon provides a great deal of help content, proactive coaching, warnings and other assistance to sellers to ensure they remain compliant with our clearly stated policies. We have clear policies for both reviewers and selling partners that prohibit abuse of our community features, and we suspend, ban and take legal action against those who violate these policies.” Bad actors make up a “tiny fraction” of Amazon activity, according to the representative.