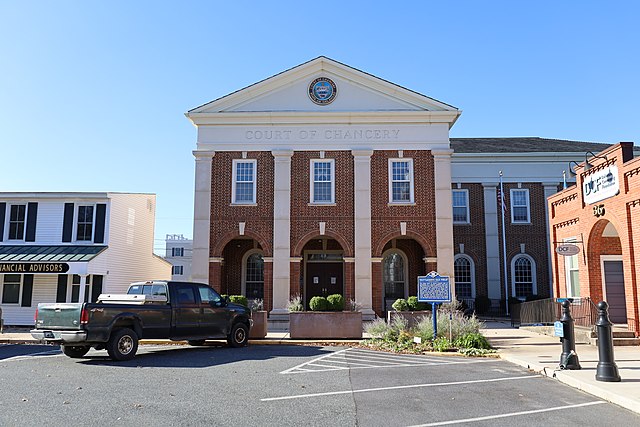 Twitter filed a lawsuit against Elon Musk in the Court of Chancery on The Circle in Georgetown, Delaware

According to a Reuters report, the first hearing in a lawsuit filed by Twitter against Tesla CEO Elon Musk is scheduled to happen at 11 AM (eastern time) on July 19th.

Chancellor of Delaware Court of Chancery, Kathaleen McCormick, ordered that the hearing would provide both sides to present their arguments in front of a judge regarding the request of the social media giant to begin the trial in September.

Twitter had earlier filed a lawsuit against Musk for backing out of a 44 billion dollar deal in which the SpaceX founder would acquire a twitter company and privatise it.

While Twitter wants to start the trial as soon as possible, Elon Musk wants to delay the trial in order to build his case.

According to details of the lawsuit, the social media company described the decision of Elon  Musk to pull out of the deal as a “model of hypocrisy” and “bad faith.”

Elon Musk believes that he can freely change his mind in a contract and that Delaware Contract Law is not applicable to him, the lawsuit said.

The lawsuit filed by Twitter also claims that backing off of Elon Musk from the acquisition deal affected the company negatively as it disrupted operation and decreased the value of stocks, which resulted in shareholders suffering from his actions.

While Twitter filed a lawsuit against Elon Musk, his lawyers are of the opinion that the actions of Twitter and its board resulted in a breach of contract laws. Elon Musk also reiterated that he decided to back off the deal as twitter shared with his false data and statistics regarding the number of bots in the social networking application.

The deal was supposed to move ahead if Twitter was able to prove that bots and fake accounts on Twitter were less than 5% of its 229 million daily users.

Twitter also claims that unreasonable requests from Elon Musk were part of his design and plan to tank the deal as share prices went down, and the economy got worse.

The deal, which kickstarted in April 2022 began with Musk offering to buy complete shares of Twitter for $43 billion. Each share of the company was priced at $54.20.

As a first reaction, social media pundits and business analysts termed the deal as a hostile takeover by Elon Musk. The company responded that it would carefully review the proposal.

Soon after that, the board of Twitter took safety measures which would avoid a hostile takeover of the company by anyone.

After negatively responding in the beginning, the Twitter board on April 25 announced they would accept the buyout offer for 44 billion dollars.

Later, the deal went through a complicated period of requests and rebuttals online and offline.

All ended when Musk announced his decision to back out of the deal a few days ago.