Amazon has decided to deploy is pay by palm technology at some of the Whole Foods grocery stores located near its headquarters. The pay by palm technology developed by Amazon was designed in order to make the entire process of payment quicker and more convenient for the buyers. The palm technology is considered to be more private when compared to the other biometric technologies. It is considered to be so because in order to access or purchase something a person will have to purposefully and willingly flash their palm at the Amazon One device.

According to Dilip Kumar, the Vice President of Physics Retail and Technology at Amazon, “And it’s contact less, which we think customers will appreciate, especially in current times.” Similar to the finger print, every person’s palm is unique. To assure its buyers, the company has also clarified that the company does not store any images of the palm at the Amazon One device for security reasons. This technology, called as Amazon One, allows its buyers to scan the palm of their hands and connects it to their credit card or their Amazon account.

Due to the warnings given out by the privacy experts that face and palm scans are at the risk to be stolen or hacked, Amazon clarified that it keeps all the scanned images of a person’s palm in a secure part of its cloud. The Amazon One devices do not store any such information. To assure the buyers further, Amazon has also made it clear that in case if the shoppers wish, they may ask the company to delete their recorded information any time they wish.

According to the company Amazon, once the initial set up part is done, which can be completed in less than a minute the system Amazon One allows its shoppers to pay with the help of their palms conveniently without the need of them carrying their wallets at all. Amazon said that this technology could prove to be extremely useful in areas such as the stadiums, office buildings and retailers. A Whole Foods store in Seattle has already started making use of this technology and seven more Whole Foods facilities in the area will follow suit in the coming few months.

According to Dilip Kumar, “We believe Amazon One has broad applicability beyond our retail stores, so we also plan to offer the service to third parties like retailers, stadiums, and office buildings so that more people can benefit from this ease and convenience in more places.” He further added that, “Interested third parties can reach out through the email address provided on our Amazon One website.” 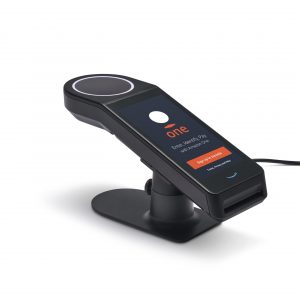 Initially the pay by palm technology was being used at the Amazon Go stores; these are Amazon’s first cashier less supermarkets. Amazon Go stores were launched earlier this year. These stores facilitated its shoppers to simply grab the grocery items required as per their needs and to simply walk out. The buyers were not required to wait in any line or even needed to open their wallets in order to make a payment.