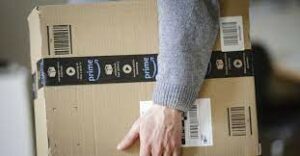 Amazon set to raise Prime prices in Europe by up to 43% a year owing to rising costs.
Source: World of Software

On Monday, July 25, e-commerce giant Amazon stated that it would increase prices for its delivery and streaming platform Prime in Europe. It specified that the rise would be up to 43% per year. This is as the retailer takes steps to control increased costs prior to its quarterly revenue reports.

The increase in Europe’s prices comes right after the one the retail giant declared for the same in the US earlier this year. It depicts the Wall Street’s increasing stress on the new CEO, Andy Jassy to fight amidst the inflation.

The German market, the largest for Amazon following the US, would witness an increase of 30% for a yearly Prime membership, set at 89.90 euros. After Germany in the ranks, the UK would see a rise of 20% per year, standing at 95 pounds. Along with it, the websites which cover France, Spain and Italy would take about 39% and 43% more from the Prime members every year. These alterations arevset to be enacted from September 15 when new members come in or existing ones renew.

The reason for this significant increase in prices:

According to Amazon, concerns over rising inflations, along with ‘operating costs’ drove them to hike up these prices. Moreover, they mentioned factors such as faster deliveries, and better content for viewers on Prime Video as incentives to the step after the last in 2018 for certain locations. Further it mentioned how it would go on to work to make sure that the service is offering ‘exceptional value’ for the subscribers.

The e-commerce company went on to post first quarterly loss in in last seven years, about three months ago. Reportedly, this emerges from higher wages, increasing fuel prices, and a loss from its Rivian Automotive stake, with investment’s value further dropping $4 million more. However, Amazon assured of its continued commitment to the Automobile giant as it initiates deliveries with the Rivian electric vans.

From its upcoming results this week, analysts are expecting a net revenue of $1.38 billion. Following its record operating gains from an increase in online shopping during Covid-19 lockdowns, Amazon is currently following a cost cutting drive. It went on to hike prices for certain sellers on the shopping site, along with imposing surcharges on fuel and inflation of an approximately 4.3% on merchants who store and ship products in the main market in Europe.

Moreover, analysts expressed concerns regarding a decline causing AWS to face slowing down of profits from Amazon, owing to its clients mostly being from startups. Currently, it is not clear as to how much these hikes would aid in cutting costs.