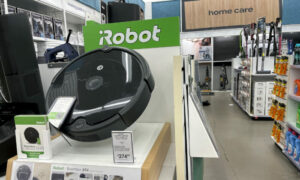 E-commerce giant Amazon looks like it is struggling through its intense acquisition plans as it pursues the purchase of iRobot Corp in spite of significant antitrust scrutiny in Washington. The company struck the deal to purchase the maker of the Roomba vacuum, which is worth $1.65 billion.

According to Antitrust experts, this deal could possibly generate an intense review from the US Federal Trade Commission, headed by Chair Lina Khan. Additionally, FTC would be reviewing the deal Amazon signed in July to acquire One Medical parent 1Life Healthcare for $3.49 billion.

Notably, the agency did not pose any challenge to the retail giant’s acquisition of MGM in early 2022. However, this was prior to Khan, who is a prominent critique of Amazon’s market dominance, gaining a Democratic majority of its commission. Although the review of the iRobot deal may not end up in a challenge, even the agency suing for its blockage would mostly fall flat.  According to the managing director of litigation consulting company Eco One, Hal Singer, FTC hardly has the chance to succeed in the challenge.

Previously, Khan has directed the agency to try and challenge such deals by big techs such as Apple, Microsoft, Google and Meta. Recently, FTC sued to halt the Facebook parent’s deal to acquire VR startup Within. Last year, Amazon offered this deal to iRobot, whose Roomba holds 75% market dominance in the smart vacuum sector.

Amazon’s intentions with the acquisition:

Various attorneys noted how the company is mainly aiming to get rid of their biggest rival in the market they are targeting to dominate, stating how one purchasing their biggest rival could pass as an ‘antitrust violation.’ They stated how this would place in a position the retail giant to disadvantage competitors on the platforms, blocking the way to crucial means of reaching customers.

On the other hand, a spokesperson from Amazon stated last week it would go on supplying products from iRobot to retailers, along selling rival appliances on its site. However, this promise could be insufficient as it had previously broken such a pledge while acquiring industrial bot developer Kiva Systems in 2012.

A discovery from the House probe from 2020 revealed Amazon had prominently invested into developing its smart home network surrounding its Alexa. With this target, it took over a range of firms such as the Ring smart security network about four years ago, along with Eero in 2019. According to Economic Security Project’s competition director Alex Harman, iRobot joining these firms in Amazon’s circle could finally bring customers altogether in its smart home product range.

Clearly, the smart home industry has emerged as a field where Big Techs have appeared rather determined to invest in. Now, Amazon’s steps in recruiting its acquisitions will act as precedent to any other company hoping to do the same.