New images from Amazon’s new Fallout Tv series sets were leaked to Twitter. A revealing set of the Amazon Prime Video series was circulating on the internet, featuring a familiar-looking Super Duper Mart, hinting at a setting from the series. Amazon Prime Videos and Bethesda remained rather quiet on what the Fallout Amazon Prime Videos adaptation would hold, although this year a formidable cast has taken shape, including Kyle MacLachlan, Xelia Mendes-Jones, Aaron Moten, Ella Purnell, and Walton Goggins. 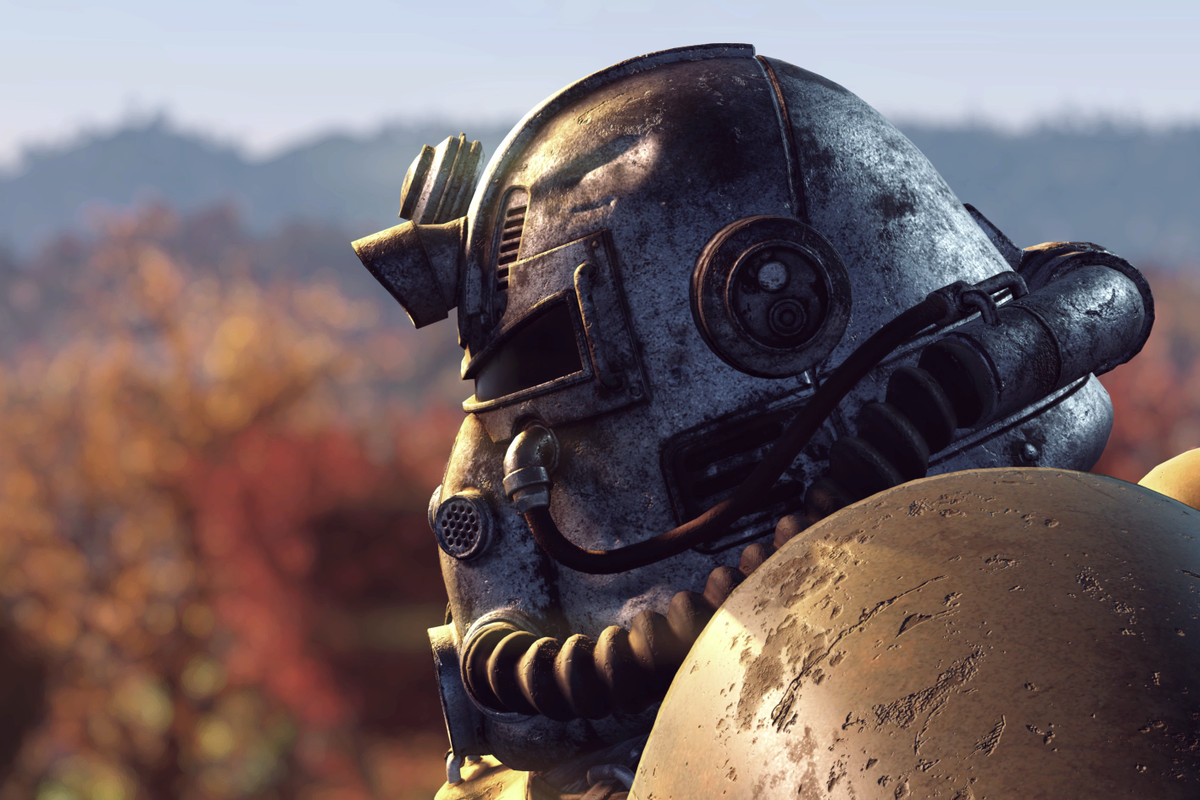 Amazon has officially begun production on a Fallout TV series, with photos appearing online showing off some sets for the show. Amazon is now working on the live-action TV series for Fallout, and the first images from its sets seem to be leaked. The leaked photos of set give fans the first look at the live-action Fallout, which appears to feature inside Vault 32.

From set images leaked on the internet, it appears the designers for the Fallout TV series are trying to get as accurate as possible, making the Vault appear to have been lifted straight from Bethesda’s iconic franchise video games. Other photos of the Fallout set feature the staples of Fallout, which seem as precise as the locations. One image appears to feature the architecture of the Burning Country, which could tease the setting of the original series.

From the looks of things, showrunners are going with an appearance similar to that of Fallout 76 and the Fallout 4 Vault. This early batch of images shows off an interior from the series vault, including the baby’s room, Vault 32 badges, and the Vault Boy poster that warns about the outside world.

With leaks, it appears that Amazon’s next series will center around events from Fallout 3, set in the capital wastelands (Virginia, Maryland, Pennsylvania, and Washington, DC). Amazon Primes Fallout-based series looks to be a big production, with leaked photos showing an enormous production set.

#Fallout the Show! The sets look so damn beautiful pic.twitter.com/O8cwK3hqm5

Amazon Prime Video is excited about the partnership with Bethesda for the television adaptation of Fallout, said Amazon Studios COO and Co-Head of Television Albert Cheng (via a press release that is part of a one-time announcement). Albert Cheng, Amazon Studios COO and Co-Head of TV said, Fallout is an iconic worldwide franchise, with legions of fans around the world, and the rich, deeply immersive storyline powering Fallout. The Fallout TV series was announced more than two years ago by Amazon Studios, which has worked with Bethesda creators and Westworld writers Jonathan Nolan and Lisa Joy in developing and writing the Fallout TV.

Nolan, fellow HBO co-creator of Westworld Lisa Joy, and Athena Wickham are set to serve as executive producers of the Fallout series, which is being produced for Kilter Films, working alongside is Bethesda Game Studio’s game director Todd Howard.

The level of detail on this Amazon Fallout series 🔥 pic.twitter.com/fou1UL1vhs

While those set images, and that picture of Super Duper Mart, certainly give off the feel of Fallout 3, there is no telling whether or not Fallout TVs storytelling will take inspiration from either entry in the iconic Bethesda franchise. The Super Duper Mart was introduced in Fallout 3, so it is only logical to assume the new series might be set within this setting. As has been shown with other media adaptations of popular video game franchises in the past, it is possible that the series could at some point pull bits and pieces from the games.

As Fallout players can probably tell you, the Power Armor has changed throughout the game, both in its design and outward appearance, and based on the looks of these leaked photos, it seems that the new Fallout TV show might lean more toward the Power Armor seen in Fallout 4. Aside from being often one of the more iconic images of the game (alongside Vault-Tecs robes and Vault Boys mascot), Fallout players are aware of just how precious Vault-Tecs famed power armor can be. More info about this show is said to be released soon.