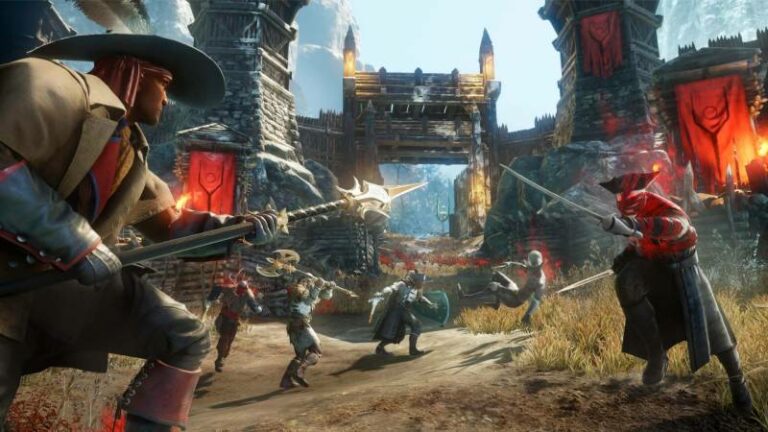 While everyone was focused on Amazon’s marathon unveiling of new holiday devices earlier this week, the business had already scored a new smash.

“New World” is an online game that allows thousands of users to explore and develop a virtual colony that is reminiscent of colonial America but with a magical twist. On Steam, the most popular online marketplace for PC games, it has averaged hundreds of thousands of concurrent players at any given time since its introduction.

The game had over 700,000 concurrent users on opening day, making it one of Steam’s most successful debuts ever. As of Thursday morning, there were over 450,000 active participants. Furthermore, there have been tales of lineups of up to 10,000 gamers simply waiting to play the game.

If “New World” maintains its early momentum, it will soon join the ranks of other enormously successful online games like “Fortnite,” “PlayerUnknown’s Battlegrounds,” and “World of Warcraft.” While gaming is unlikely to produce the same kind of revenue as e-commerce or cloud services for Amazon, it can generate revenue for the corporation directly, unlike Amazon Studios, which is mostly used to keep consumers subscribing to Amazon Prime. The price of “New World” is $39.99.

Amazon has taken a huge step forward with “New World.” Outside of established game publishers, just a few companies have succeeded in breaking into the market. For example, Google’s game development team was shuttered early this year.

The early success of “New World” contrasts sharply with Amazon’s previous attempt at a major video game, “Crucible,” which was taken from the market just months after its introduction due to a poor response from gamers. It was a humiliation for Amazon Game Studios, which had spent years working on the game.