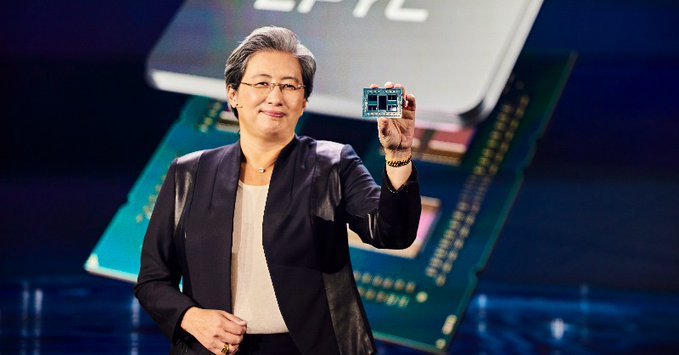 AMD has officially revealed the AMD EPYC Milan-X, a new edition of their third-generation server grade CPU that is also the world’s first to arrive with 3D V-cache technology. The Milan-X is an improved Milan that employs the layered cache memory (L3) packaging technique.

The AMD Milan-X is built on TSMC N7 technology and has a total of 768MB of L3 cache. This is three times the amount of the third generation EPYC CPUs, with up to 64 cores and 128GB threads.

According to compatibility, the Milan-X is compatible with Milan-enabled motherboards (with an SP3 socket). Businesses may utilize the new CPU on the old server board with simply a BIOS change.

As of currently, there has been no official confirmation of any extra power usage owing to the V-Cache. There are two possibilities: the business might slightly reduce the clock speed to retain the same power drain on the Milan-X as on the Milan. Otherwise, the Milan-X may consume somewhat more power than the Milan, which has a TDP of 280W.

It should be noted that the business has made no modifications to the CPU design, which is based on the Zen 3 architecture. The increased L3 cache is responsible for all of the performance gains.

As a result, we may anticipate CPUs with Zen 4 architecture and 3D V-Cache to be quicker and more efficient. The Milan-X may cost significantly more than the ordinary Milan or the 3rd Generation EPYC CPU due to the substantial increase in cache memory.

Not only that but the Milan-X is touted to be 66 percent quicker than the Milan thanks to the extra cache, which should be enough of a motivation for enterprises to upgrade.

The EPYC Milan-X will be available on the market by the first quarter of 2022, according to the firm. There has been no formal confirmation of the Milan-pricing X’s as of yet.

All of these advancements will eventually find their way into consumer goods, which is critical in order to compete with Intel Alder Lake CPUs.