Bitcoin may soon become a legal tender in Zimbabwe

Zimbabwe has been paying attention to the growing demand for cryptocurrency among its citizens, which it sees as a potential source of revenue. The country has also shown an interest in regulating the entire industry. Will Zimbabwe be the next to legalize Bitcoin after El Salvador?

Zimbabwe’s government, according to local media, is considering making Bitcoin (BTC) a legal payment option in order to meet the rising demand and harness the technology. 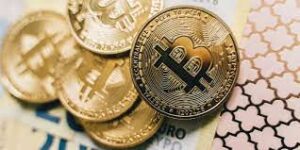 At the Computer Society of Zimbabwe (CSZ) information communication technologies (ICT) Summit, which ended yesterday in Victoria Falls, Brigadier General (Retired) Charles Wekwete, Permanent Secretary and Head of the e-government Technology Unit in the Office of the President and Cabinet, said consultations with the private sector are underway.

According to the news, the permanent secretary and head of the office of the president and cabinet’s e-government technology unit, retired Brigadier Colonel Charles Wekwete, indicated that talks with firms are already ongoing.

Unregistered cross-border transfers, externalization of money, money laundering, and ill-gotten cash flow into future illicit or unlawful actions are all drawbacks of the decentralized ecosystem, according to Wekwete.

He also claimed that officials are working to implement legislation that will protect consumers while also assisting the country’s financial destiny. As a result, the administration has sought input from several industries before implementing any major policy changes.

According to the official, Zimbabwe has not yet made any big pronouncements, and the country is still in the consultation stage. The Zimbabwean government has approved the digital economy framework as part of National Development Strategy 1, which it describes as a way to combine government and private sector activities in tackling the evolving digital economy.

More countries are following El Salvador’s lead in allowing and regulating Bitcoin use. Despite widespread public and international condemnation, El Salvador’s administration remained steadfast in its support for Bitcoin legislation.

Salvadoran President Nayib Bukele welcomed the plan’s success on Twitter, saying that the money obtained through Bitcoin will be used to build 20 schools and a hospital in the country.

El Salvador’s government is about to start on its second Bitcoin-related project, which will include the nation’s income from the asset being used to build schools.

According to President Nayib Bukele, the profits or “surplus” from the state’s Bitcoin Trust account will be used to build 20 schools. “When this project was started, we had not made as much money in FIDEBITCOIN [state BTC Trust account] as we have made now. So we have decided to make the first 20 Bitcoin Schools.”

Africa is a perfect testing ground for Bitcoin, and many businesses are now providing goods and services tailored to various African countries — particularly, to cover the hole in cross-border payments between African countries and other countries.

According to Chainalysis, Africa’s cryptocurrency industry surged by over 1,200 percent between July 2020 and June 2021, as reported by Cointelegraph. Kenya, South Africa, Nigeria, and Tanzania all had high penetration rates.