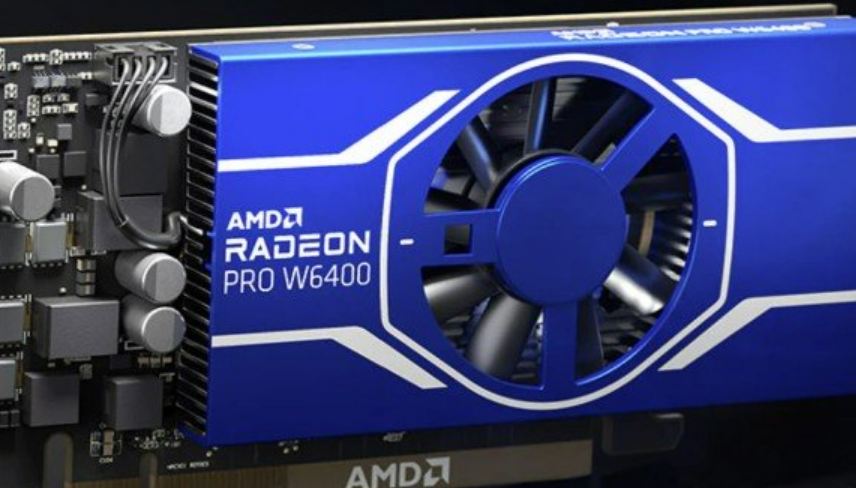 In terms of GPU, AMD has released two upgrades. One, with a starting price of $199, the cheap Radeon RX 6500 XT with 4GB VRAM is finally available. Second, the AMD Radeon Pro W6400, Radeon Pro W6500M, and Radeon Pro W6300M are three new server-grade GPUs unveiled by the business.

The Radeon Pro W6500M and W6300M, meanwhile, are intended for next-generation mobile workstations. All three GPUs are based on the newest RDNA2 architecture and are manufactured using a 6nm process. They also come with a 16 MB Infinite cache, which boosts video memory bandwidth.

The GPU employs a 64bit memory interface and has a memory bandwidth of 128 GB/s. It has twin DisplayPort 1.4 with DSC and audio capabilities on the I/O side. The GPU has a 50W TDP and a retail price of $229, which is somewhat more than the Radeon RX 6500 XT, which is also a 4GB graphics card with 12 compute units.

Introducing the dependable @AMD Radeon PRO W6400 GPU. Mainstream performance. Upgraded, and always by your side.

With 16 compute units and 1024 stream processors, the AMD Radeon Pro W6500M is a powerful graphics card. This card is somewhat more powerful than the Radeon Pro W6400, with graphics performance of up to 5.3 FP32 or 10.61 FP16. The rest of the specifications are comparable to those of the Radeon Pro W6400, including 4GB GDDR6 (16Gbps) video memory, 16MB infinite cache, and 128GB/s memory bandwidth.

Finally, the Radeon Pro W6300M is a laptop GPU with 12 compute units and 768 stream processors, making it an entry-level workstation GPU.

However, its peak FP32 performance of 3.37 and FP16 performance of 6.75 are lower. This graphics card has a 64GB/s memory bandwidth and 2GB GDDR6 video memory (16Gbps) with an 8MB infinite cache.