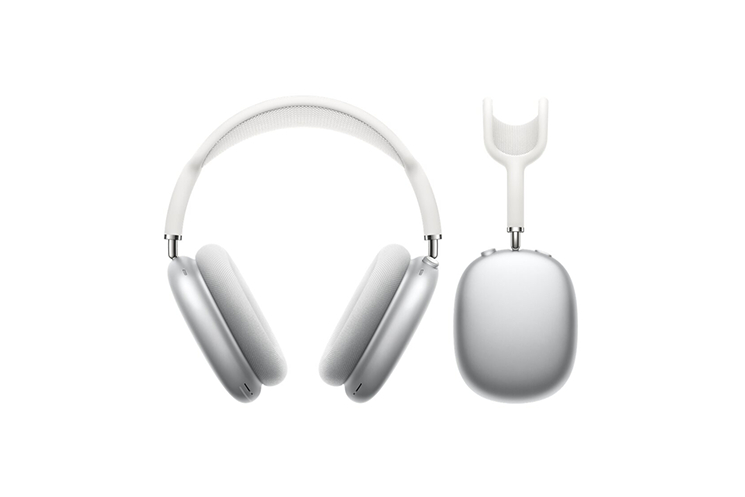 In 2020, Apple will debut the AirPods Max. According to sources, the business is developing a successor to its premium over-ear headphones and has obtained a new patent.

According to Patently Apple, the Cupertino-based company has received a new patent application from the United States Patent and Trademark Office, signaling the introduction of the AirPods Max 2.

The patent illustrates a method for processing movements on a touch-sensitive surface that could be used in future headphones.

Touch Controls Will Be Available on the AirPods Max 2. The patent details how to read motions on a touch-sensitive surface, hinting that Apple’s next-generation headphones would incorporate touch controls.

The Apple AirPods Max 2 with touch controls, on the other hand, may make it simple to activate Siri, skip songs, adjust volume, and do other things.

It’s worth remembering that this isn’t the first time Apple has sought for a touch control patent. The Cupertino behemoth has previously been granted a patent in 2019 for smart textiles with touch controls for over-the-ear headphones. Two more patents were then unearthed, but it appears that the brand preferred the digital crown.

The AirPods Max 2 will be out this year.

Apple’s design team said in an interview with Japanese design website Casa BRUTUS at the end of 2020 that the company planned to include touch controls for AirPods Max, but that didn’t happen since the company finally chose the Digital Crown design.

However, because Apple has applied for a similar sort of patent, there is a potential that Apple may include touch controls with the AirPods Max 2. It is crucial to remember that not all patents are realized, thus users should take this with a grain of salt.

The AirPods Max 2 does not currently have a release date, and we are unlikely to see a new model for at least another year. There’s a slight chance they’ll be shown off at Apple’s forthcoming California Streaming event, but we’re not holding our breath.

The major reason we anticipate the AirPods Max 2 to take so long to arrive is that the only rumor we’ve heard so far is that they aren’t presently in development (via SlashGear). This would imply that, if we’re lucky, we’d be looking at a release date of at least 2022.