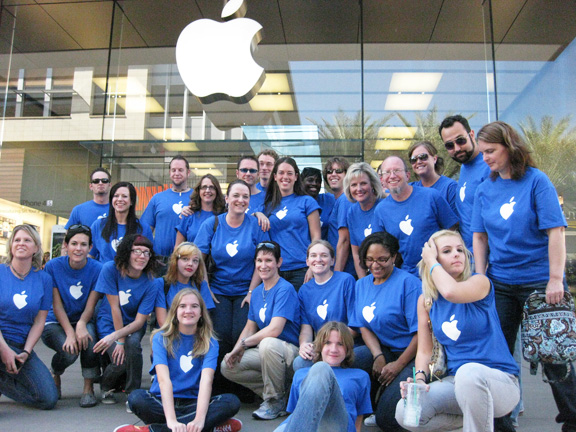 Apple has recently been charged with allegations of hostile work conditions and unsurprisingly, this is not the first time. The technology giant will be facing a probe from the United States National Labor Relations Board after two former and current employees of Apple have filed cases against the iPhone maker.

According to reports by Reuters and Engadget, the two employees have shared their stories of workplace harassment, sexism, and retaliation within the company with no effective resolution. Apple has been allowing a hostile work environment for a long time now and it is not acceptable, says reports.

The complaints have been filed by two employees- Ashley Gjovik and Cher Scarlett.

Ashely Gjovik is a senior engineering program manager at Apple and she has been facing these challenges within the workplace for months. She talks openly about the company’s unsafe working conditions and reported instances of sexism. As mentioned in a report by Engadget, Ashley’s tweet raised concerns over the matter wherein she included that she was put on indefinite paid leaves while Apple looks into the matter.

I also filed a Retaliation Complaint with the @CA_DIR Dept of Industrial Relations Labor Commissioner's Office.

Q: "How did your employer (#Apple) know about the protected right you exercised?"

A: "I kept saying, 'Stop it, you guys. There's Labor laws about this.'" pic.twitter.com/qq8deyUOsX

The technology giant did not take any concrete measures to resolve the issue and to gain their employer’s trust in the working environment. After a while with no effective resolution from Apple, Ashley filed a “Charge against Employer” complaint and with almost 13 instances of retaliation against her from Apple. She mentioned in the complaint that her supervisory responsibilities were re-assigned to her colleagues instead of her, she says that she was assigned undesirable tasks and faced workplace harassment.

Cher Scarlett filed a similar complaint against Apple with the labor board. She is a security engineer at the company who has filed a complaint on behalf of other employees working in the company. As mentioned in a report by Engadget, Scarlett was also the face of the #AppleToo movement that highlighted the not-so-excellent work culture at Apple Inc. Her complaint was a big blow at Apple’s greatness and currently, the company is under fire with almost 500 stories collected from current and former employees of Apple. These incidents include workplace harassment, retaliation, sexism, and much more.

75% of the stories we've received involved some form of discrimination, and nearly half involved reports of sexism, retaliation, and HR reports that were dismissed. 1/4 involved racism or ableism. More than a third involved harassment or assault, the majority of which was sexual.

According to a tweet by Apple Workers #AppleToo, the complaints from Apple employees include cases of sexual assault, sexual harassment, sexism, harassment at the workplace, lack of gender pay equity, and negligence in terms of employee’s organizing efforts.

Honestly, from an established, well-reputed company like Apple, these complaints are not expected. However, it is not always the mistake of the senior management but whatever happens at Apple is the company’s fault. As mentioned in these complaints, Apple did not take the necessary actions to resolve these cases and ensure a healthy work environment for employees even after escalations.

Reports suggest that the United States National Labor Relations Board will look into the matter, will go through each case, and will only take necessary actions against the company if it finds merit in them.