Apple has always been the king of the tech jungle. Apple has its branches in various sectors of the tech industry because of which it has crossed the $2 trillion market cap.

Is Apple in trouble, again? A group of tech companies have joined forces and are standing against Apple’s App Store policies. Spotify, Fortnight developer- Epic Games, the parent company of Tinder- Match Group have created App Fair Alliance which is a non-profit organization allegedly against Apple.

It is known to developers that Apple charges an extra 15% to 30% commission for apps that use its in-app payment system. The Apps must abide by the rules and regulations set by Apple as per their App Store policies. App Store allows its users to download local apps and this is the only way for app developers to get their apps to work on iPhones and other Apple devices. Such policies have aroused lawsuits from several developers accusing Apple of such monopoly.

A Washington DC and Brussels based Apple Fair Alliance is a non-profit organization which aims at advocating legal regulations to force Apple to change their App store policies to endorse fair business in the tech industry. This alliance includes Small and Medium Enterprises such as Blockchain.com, Tile, Blix and Basecamps other than industry-leading companies, Spotify, Epic Games and Match group. European Publisher Council, European News media and Protonmail are also participants in this alliance against Apple’s policies.

Sarah Maxwell, a former employee of Blockchain.com and volunteer at Hillary Clinton campaigns is a lead representative of the App Fair Alliance and says that there is no hope for change in Apple’s policies, but they will continue to recruit more and more developers until it is hard for Apple to ignore their existence and until App Fair Alliance achieves its goal. 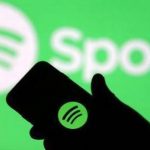 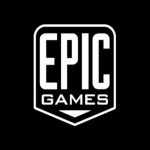 Maxwell speaks in an interview that she is happy that tech giants like Epic and Spotify have joined this campaign but it is not just about them.

There are various other SMEs that are crushed because of Apple’s unfair App Store policies.

Spotify has recently filed an Anti-trust complaint against Apple in the European Union and Epic is suing Apple for claimed monopoly in the U.S Federal Court in California.

This seems like a strategic move from App Fair Alliance to bring Apple down. This has become an issue of debate.

According to some critics, Apple App Store policies exist to give the company an edge over other competitors in the market. These complaints have started to gain momentum and according to analysts, will become a movement and there would be no choice for Apple but to justify its policies or mend them for developers.