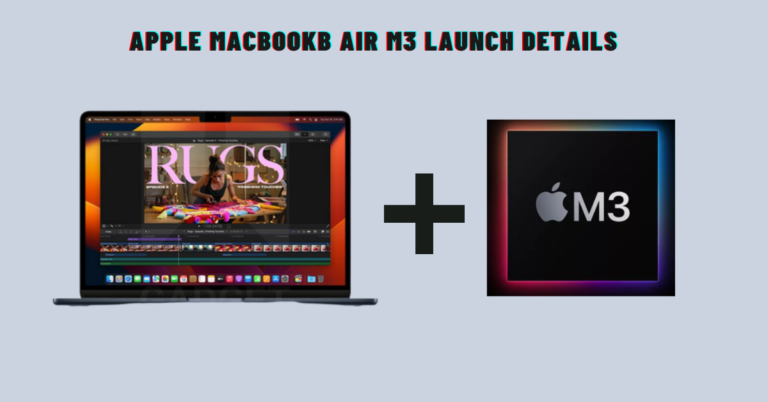 Apple is planning for something really big when it comes to improving its existing MacBook lineup, here we have a new update about their plans to launch the MacBook Air with a 3NM chip in Q2 of 2023.

We just got to glimpse the upcoming MacBook portfolio, namely the 2022 models that have to ship in 2023 owing to supply chain concerns. But happily, the MacBook with the M2 CPU was already on schedule to debut in 2022.

So what comes next? Of course, it’s the updated MacBook Air for 2023. Therefore, if you have been hoping to get up and personal with these monsters this year, this may be welcome news for you. Let’s now examine in detail what has been planned for its new MacBook Air M3 for 2023 without further ado.

It is obvious that the newest M3 chipset, which will be a new 3nm produced chipset, will be installed in the Apple MacBook Air.In comparison to the current M series chipset, which is produced using the 5NM Process, this chipset will provide the new MacBook Air with all of the possibilities in terms of better performance and retaining best-in-class improved power savings.

The new chipset will be produced by the industry titan TSMC and is now going through the manufacturing stages. What more features may this next MacBook Air have? We believe that at the launch event for the MacBook Air M3 or MacBook Air 2023, Apple will highlight the new M3 chipset.

And also, we have a strong feeling that to differentiate between these duo models, Apple might be compromising with the chipset so, maybe the 14-inch variant might be coming with the same older chipset.

Possibly it’s another tactic from Apple to convince you to get a bigger MacBook Air laptop. Also, it’s been said that finally, Apple will be moving to bring support for the new OLED panels within this new MacBook Air lineup. So, we can say that the new MacBook will be coming with an improved screen and a new chipset too.

Conclusion – Should you wait for MacBook Air M3?

If you ask us! We would say that you can better wait for a new MacBook Air M3. Because the new laptop will be coming with a new OLED Panel and a new chipset, we can say that this new laptop will be getting a significant upgrade over the previous laptop.

At Alteast you will be getting an OLED panel if the 14-inch MacBook Air which is way better than the IPS LED panel featured in the MacBook Air’s laptop right now.