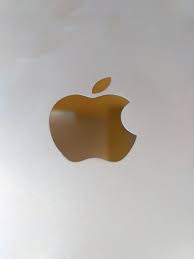 The smartphone manufacturing company Apple which is expected to launch its new product soon has said that the company is going to file an appeal against the Brazilian Government Ministry of Justice.
Home
News

The smartphone manufacturing company Apple which is expected to launch its new product soon has said that the company is going to file an appeal against the Brazilian Government Ministry of Justice. According to reports, the ministry has banned the sale of other iPhone models being sold without the charger. The ministry has said in its remark that, the company not selling the complete products to its consumers.

The Ministry has imposed a fine on the iPhone manufacturer amounting to 12.75 million reais. The ministry in its order has asked the iPhone manufacturer to cancel the sales of its 12 series iPhones in the country. The regulatory body has further asked the tech giant to stop selling its upcoming models of the iPhones. Moreover, Apple has already been restricted by the regulatory body from selling its phones which do not come with a charger.

The regulatory body thinks that not providing a charger along with the phone, falls under the discriminatory practice, which the regulatory body believes is a deliberate attempt from the iPhone manufacturer. The Ministry of Justice has apprised the public of this reasoning by publishing it in Official Gazette, Brazil.

What The iPhone Manufacturer Has Argued?

Apple putting across its argument in the court argued that this practice of apple not providing the iPhone charger along with the phones is aimed at reducing carbon emissions. However, this argument was rejected on the ground that, there is no substantive proof backed by studies to support the claims.

According to reports, the iPhone manufacturer has said that it would work in close coordination with the Brazilian Consumer Protection Agency, Senacon, to resolve the concerns of the country’s authorities.

The iPhone manufacturer in a statement has expressed confidence in winning the case. It has also been said that apple consumers are aware of other options to charge their apple gadgets and connect.

We have already won several court rulings in Brazil on this matter and we are confident that our customers are aware of the various options for charging and connecting their devices,” Apple said.