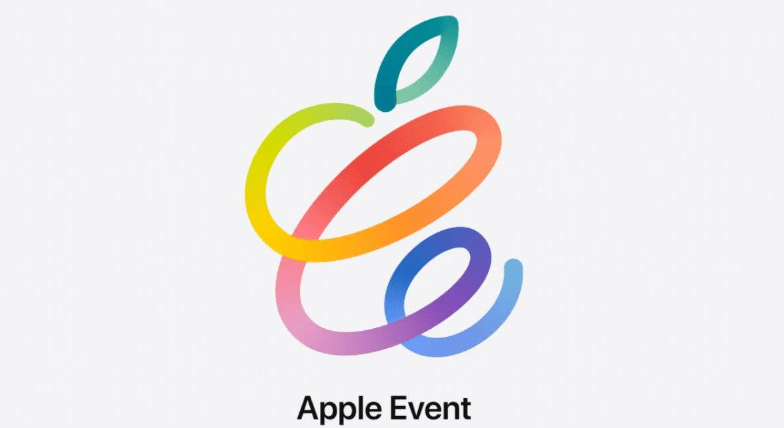 Finally, Apple has come up with its first event for 2021, the Apple Spring Loaded. This time Apple is said to refresh its previous iPads, iMacs, and other Apple accessories to the latest 2021 models.

Due to the current pandemic situation, this time Apple has scheduled the event virtually and will be streaming the entire launch event via Apple’s YouTube channel.

However, If you aren’t into watching the entire Apple Spring Loaded Event, then stay close to TechStory as here we will be updating you with the latest feeds about Apple’s event and what all have Apple showcased at its event. So, do checkout 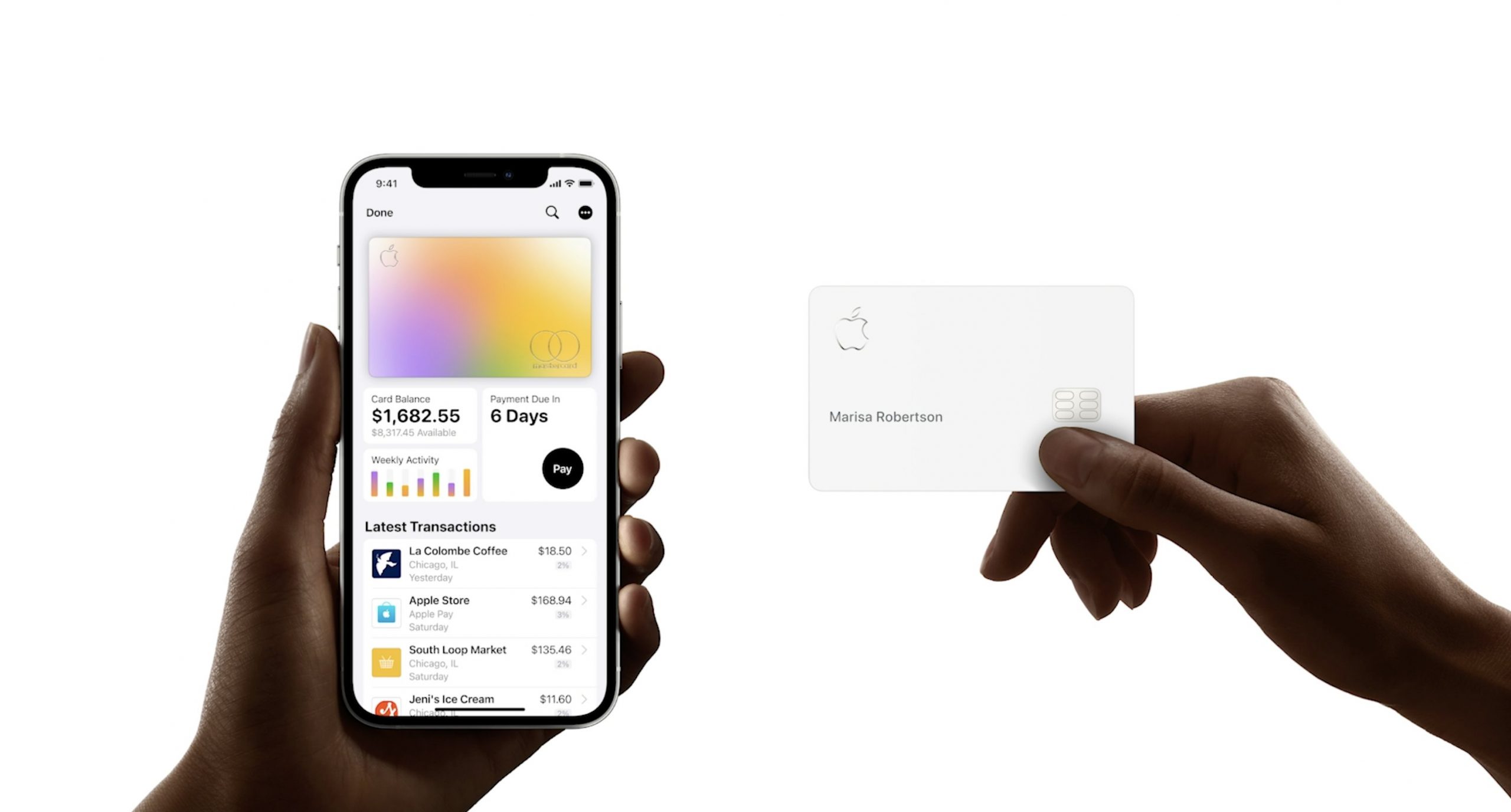 Apple Card Family, which will be available in the United States in May, helps two individuals to share and combine their credit lines when creating credit together.

Apple Card Family allows parents to share their Apple Card with their children while also allowing them to set spending goals and controls to better teach them good financial habits.

Apple Card Family is intended to help members of the Family Sharing community live a happier financial life by making it simple to monitor expenses and paying a single monthly bill. 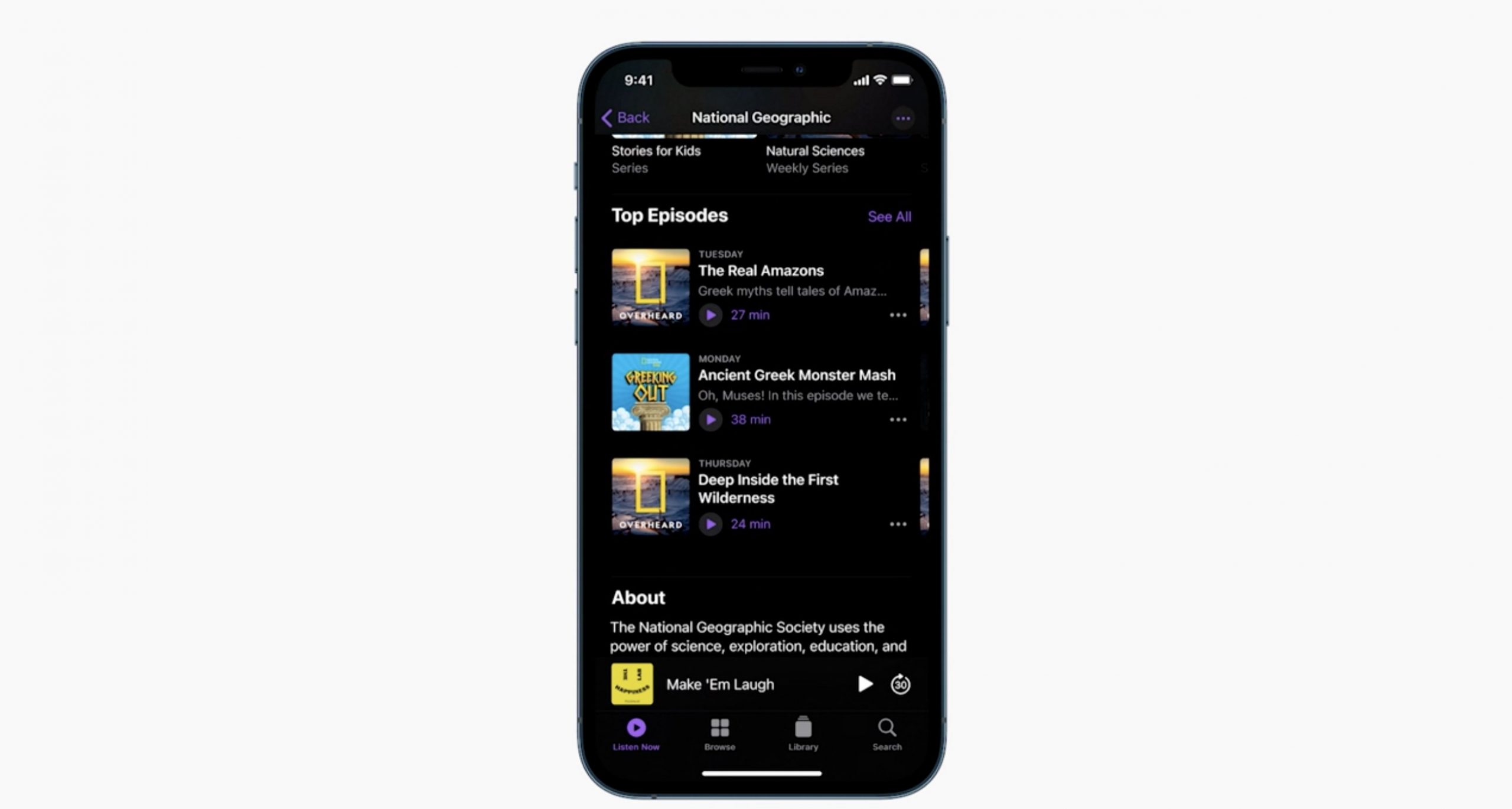 Introduction to Apple podcasts has been unveiled with services. Apple’s upcoming Podcast packages would include an ad-free experience as well as access to a large amount of high-quality material. Apple is now revamping its podcast software to make it easier to find new podcasts.

The business recently released a redesigned Podcasts app as well as additional platforms to help you discover new episodes.

Subscriptions to Apple podcasts are now available in 170 countries. It gives you access to exclusive material as well as extra perks like ad-free listening. 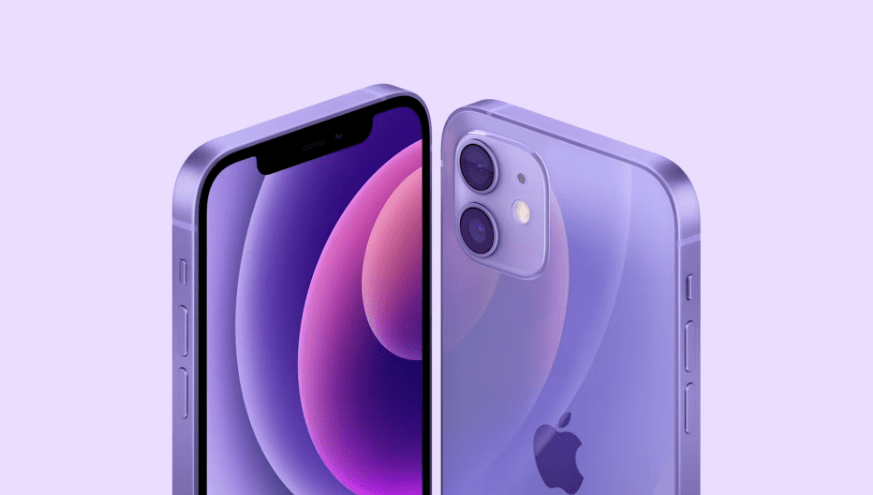 New color for Apple 12 series has been introduced. The new color is purple which does makes the phone look more stunning when it comes to looks. 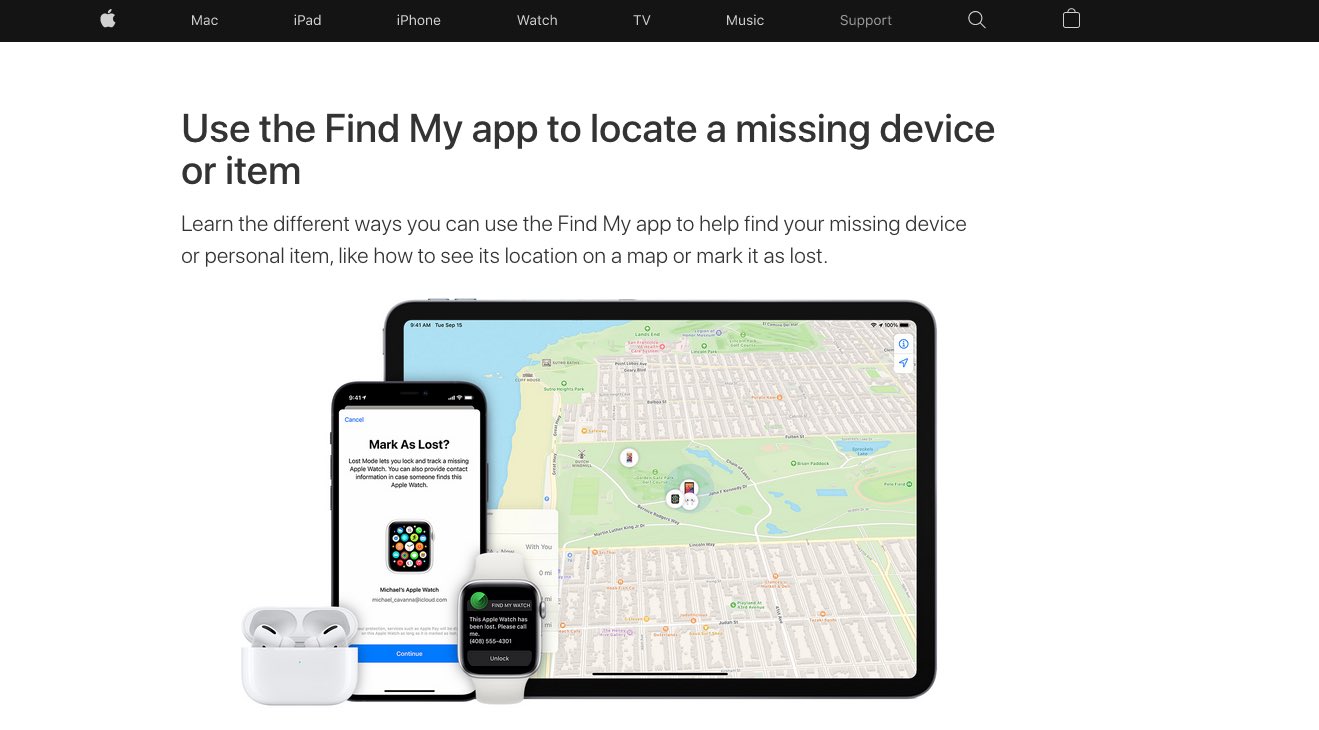 Find My is a new tech by Apple which allows you to track your lost Apple products including iPhone, iwatch, ipads, and even Macbooks as well. 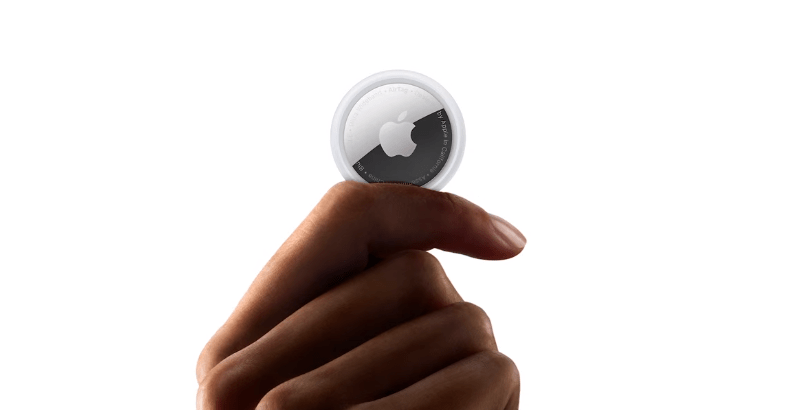 Apple introduced a new Apple accessory to its lineup which is the Air Tag, which can be used to track many other things which are not the products of Apple.

Apple has also released AirTags, which are small tracking tiles that work with Bluetooth. As a result, they can be used in the same way that Tile can be used to locate missing objects.

In the Find My app, you’ll be able to locate them. AirTags have a built-in chip that allows them to communicate to an iPhone and relay information about the devices to which they are connected.

You can trace the location of AirTags using an iPhone, iPad, or Mac in the same way as you can locate lost Apple devices. 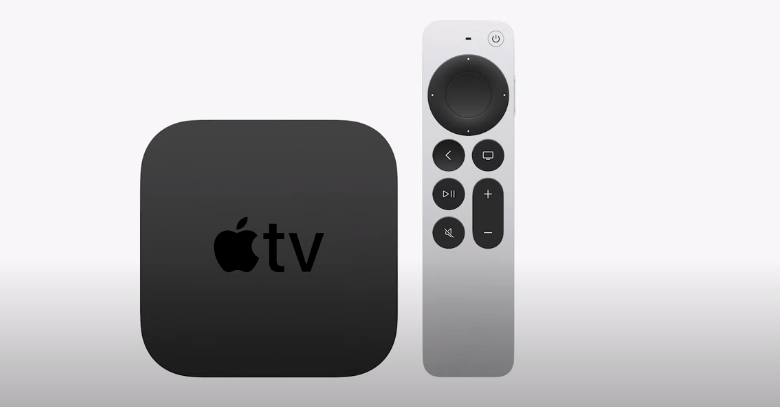 It uses Apple’s A12 Bionic processor and supports Dolby Vision. Users of the latest 4K Apple TV will watch HDR content at a higher framerate.

This means that high-resolution sporting and other videos would look great. Users will also be able to calibrate the Apple TV using the light sensor on their iPhones to better change any minor color and brightness changes.

In May, it will be available for purchase. A new Siri Remote with a new interface and click wheel has also been released by Apple.

Apple’s latest Apple TV 4K would cost Rs 18,900 on Apple.com. It’s also available from Apple Approved Resellers and several pay television providers. Customers can order the latest Apple TV 4K from Friday, April 30, and it will be available in more than 30 countries and territories, including the United States, in the second half of May.

The latest Siri Remote will be sold separately for Rs 5,800 and is compatible with Apple TV 4K and Apple TV HD from previous generations. 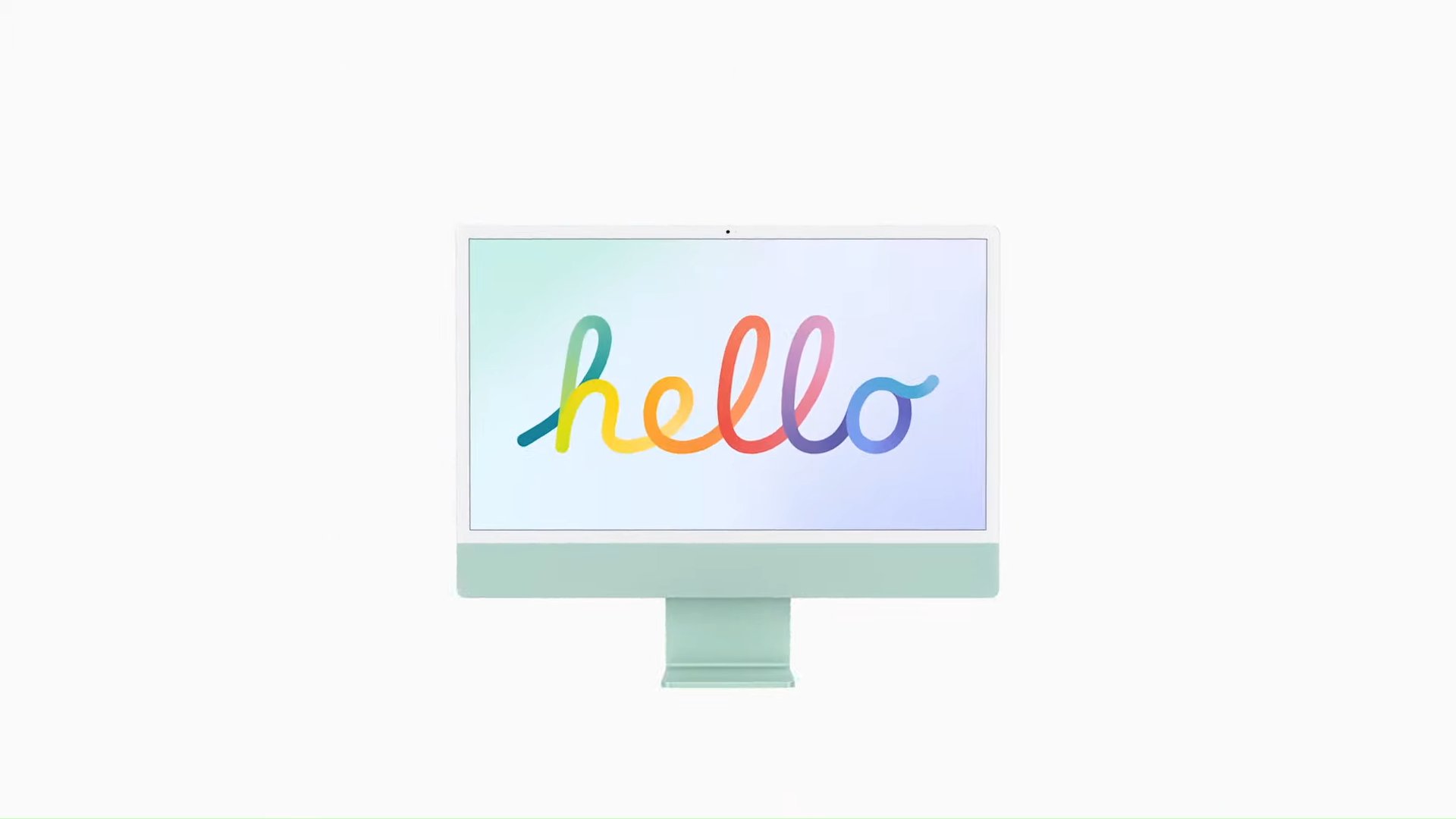 After making a small-small announcement, finally, Apple has come up with the new designed, powered, and new colors of the new iMac 2021. According to Apple, the device can produce no more than 10 decibels of noise.

The new design makes the Apple iMac more stunning. Also, Apple claims that the new iMac comes with the latest and smaller cooling which quite over previous cooling fans.

While the latest iPad Pro does not seem to be cosmetically distinct from the existing one, it will be the first iPad Pro to ditch the IPS LCD technology. Apple’s new iPad Pro, on the other hand, will feature a mini-LED display. Deep blacks, vibrant colors, and a high contrast ratio are all examples of this.

It has a Truetone monitor and instead of a thermal setting, it has two small fans. 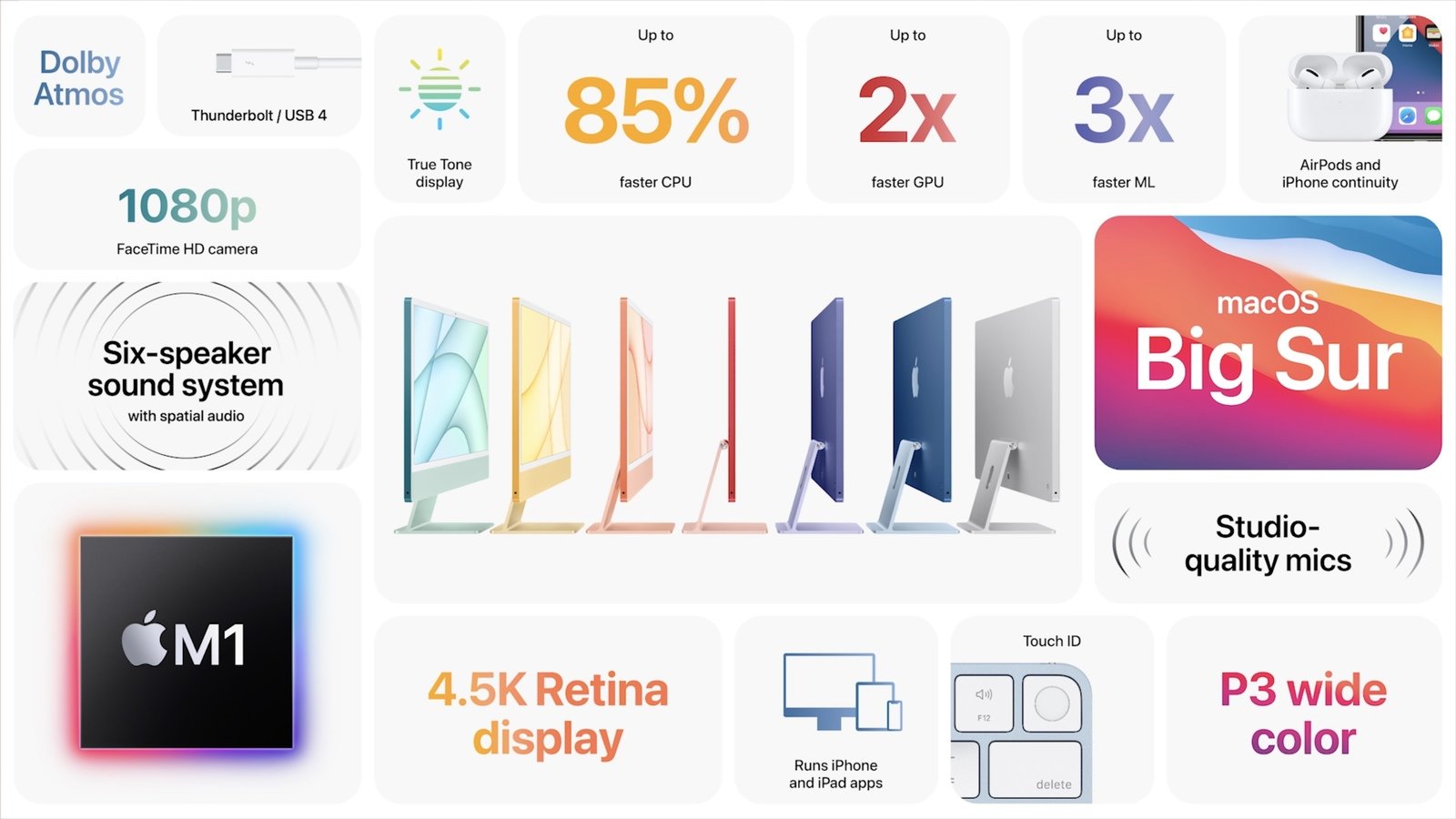 iMac comes with a 1080P camera which comes with Apple M1 sensors which helps to better image processing. Apple claims it to be the “Best Camera Ever In A iMac”

To support the front the camera, Apple has also added a new studio version supporting microphones to the iMac for which Apple again claims it has “Best Microphone Ever In an iMac”

Also, Apple has done changes in its speakers as well and has added 6 speakers to its iMac for better sounding.

Apple claims that the new iMac from Apple is 85% faster in CPU and 3% faster in GPU than the previous iMac as well. In addition, the iPad Pro will have a 12-megapixel front-facing camera with an ultrawide lens that will automatically pan to hold human subjects in the picture.

This is neat implementation of Power Adapter and Network Cable management on iMac 2021. #AppleEvent pic.twitter.com/jLUhtAcEIG

Since it is built on the same architecture as the iPhone and iPad, the new iMac will run iPhone and iPad applications. The power adapter serves as an ethernet port and has four USB-C connectors, two of which are thunderbolt. Touch ID, purchases, and fast device switching are all supported by the new keyboard.

iMacs will be powered by Apple’s custom M1 silicon. The computers will have a new, thinner aluminum design. Apple iMac comes with seven different color options which include red, blue, purple, orange, yellow, silver, and green. 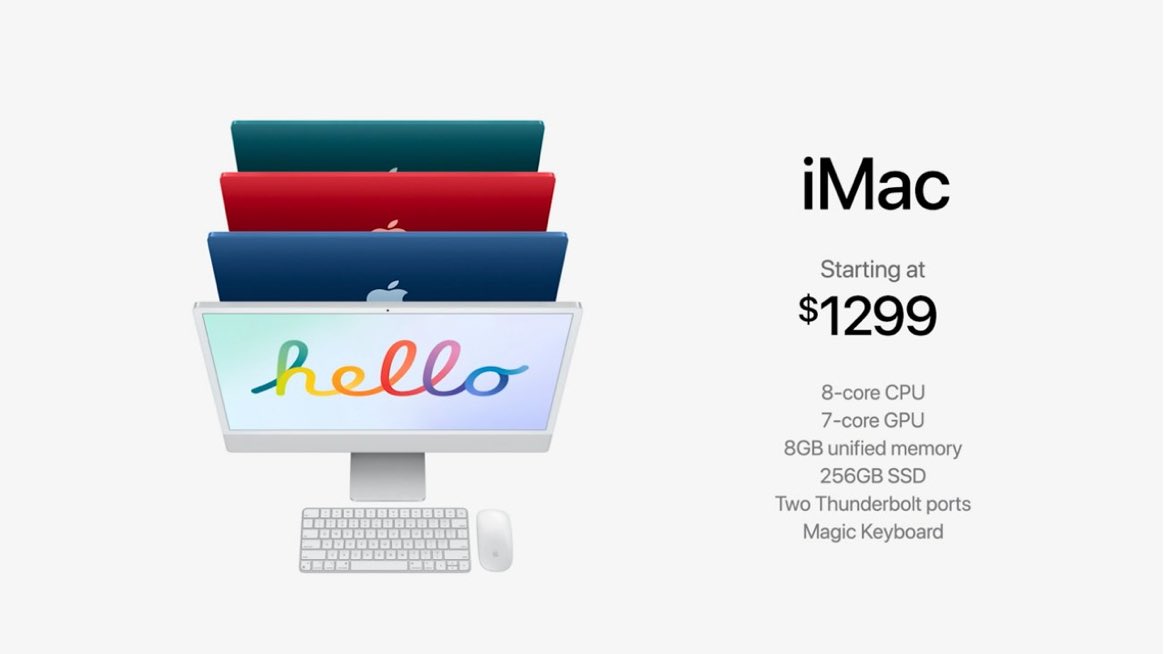 The latest 24-inch iMac starts at $1,299 with a 7-core GPU as the base setup. This entry-level model comes with an Apple M1 processor with eight cores, 8GB of ram, and a 256GB solid-state disc. 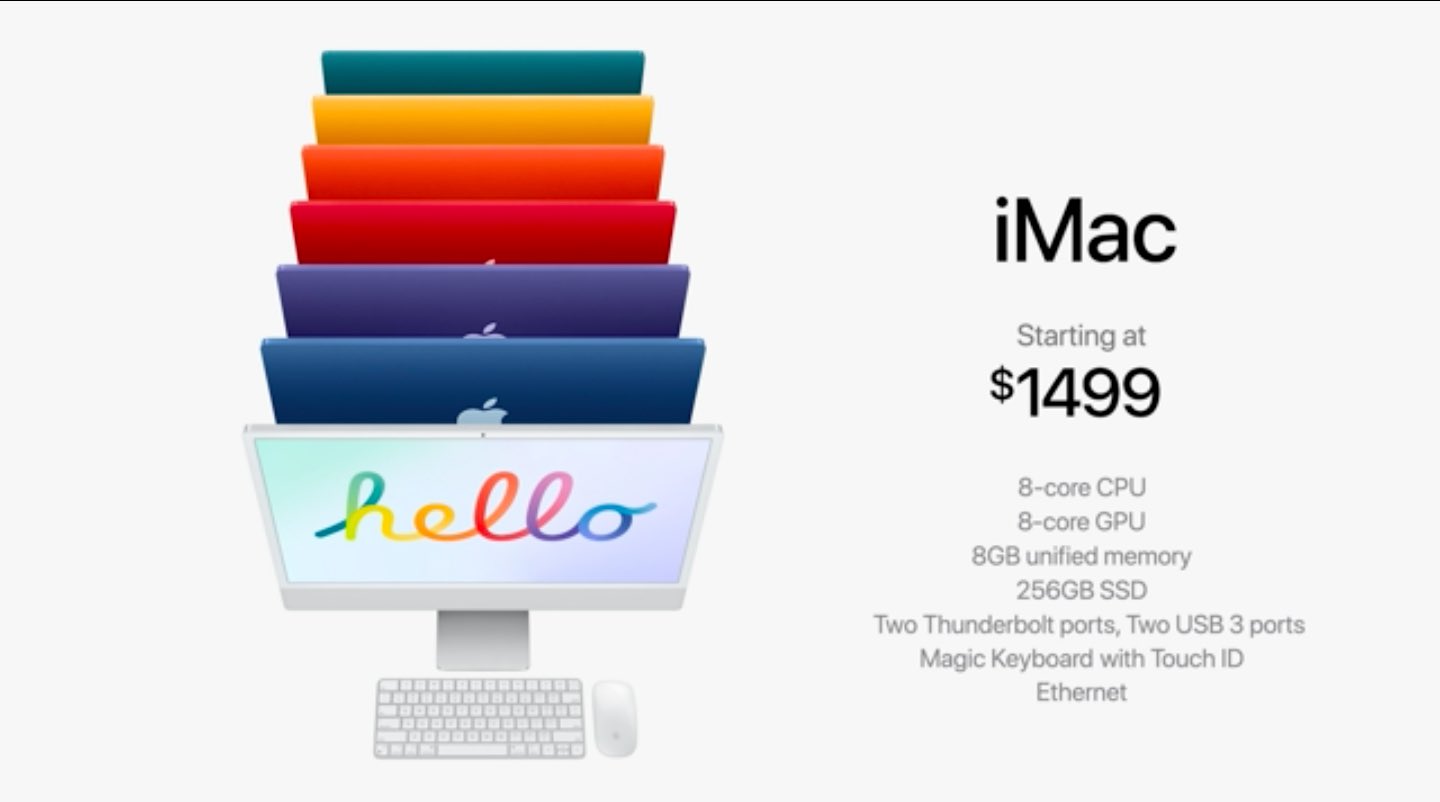 The next version comes with 8 core GPU iMac and the rests the specifications are the same but the pricing gets a bump to $1499.

The best announcement given about iPad Pro was that the new iPad Pro will come with the latest Apple M1 silicon chip which is usually found in the most powerful Macbooks.

Apple claims that download speed in iPad can reach up to 4GBPS which depends on the ideal location. 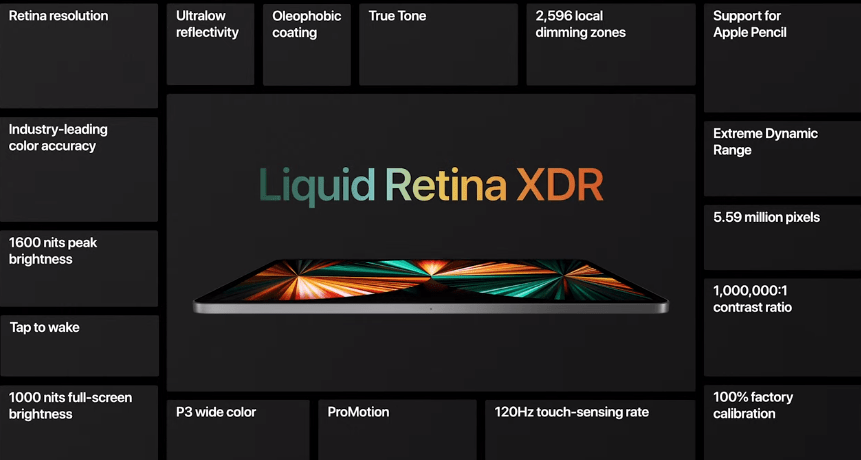 iPad Pro also supports HDR 3. On the front, the true depth camera has been updated where you can find a new 12MP Ultra Wide Camera that helps you to get into Center Stage.

With Center Stage, you can just do tracking of an object without actually moving the iPad.

The new computer, according to the company, is around 11.5mm thin. It includes a new range of speakers that includes two sets of woofers and a high-performance tweeter, totaling six stereo speakers. This is ‘coupled’ with sophisticated algorithms, according to Apple, to deliver spatial audio for Dolby Atmos. 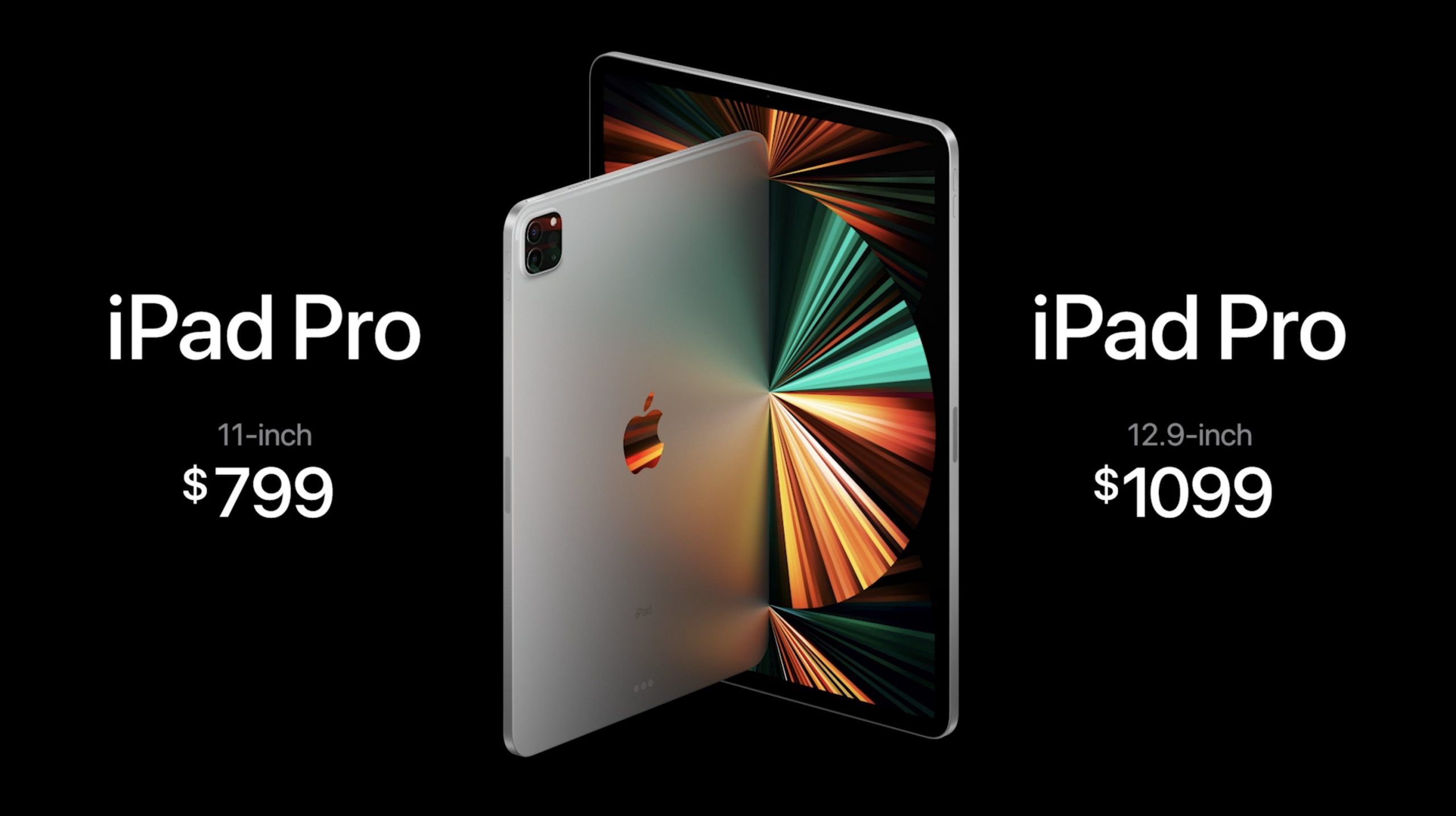 You can purchase the new iPad Pro is available to order on April 30th and it will be available to purchase in May. The prices tagged for iPad Pro are $799 for 11-inch iPad Pro and $1099 for 12.9 inches iPad Pro.

Must Read: Role of AI and Reinforcement learning in helping a Humanoid Robot to walk.