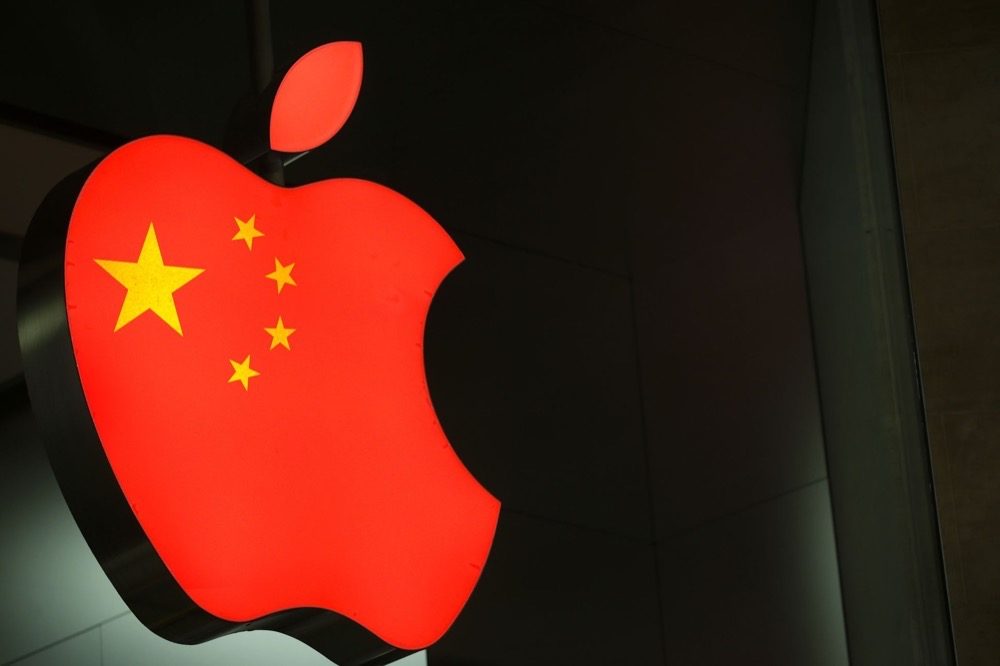 Apple is hiring more Chinese suppliers for important roles in the next iPhone, indicating that the country’s technological competitiveness is growing despite Washington’s efforts to reign down Beijing’s technology ambitions.

Luxshare Precision Industry, a Chinese electronics company, would produce up to 3% of the next iPhone 13 series, stealing business from Taiwanese rivals Foxconn and Pegatron, according to Nikkei Asia. Apple expects to create 90 million to 95 million new iPhones between now and January.

“Although Luxshare only makes a small percentage of iPhones this year, we can’t let our guard down,” said a senior executive at a rival iPhone supplier. “If we don’t strengthen our competitiveness, sooner or later they will be the major source.”

A business that has never made an iPhone will begin production of the iPhone 13 Pro this month, according to sources. This is a big breakthrough for a company that has never made an iPhone on its own. Newcomers to Apple’s supply chain typically begin by producing older iPhone models, as is the usual. This year’s new iPhones will also feature components and parts from two Luxshare acquisitions from last year: South Korean camera module company Cowell and Taiwanese metal frame producer Casetek. 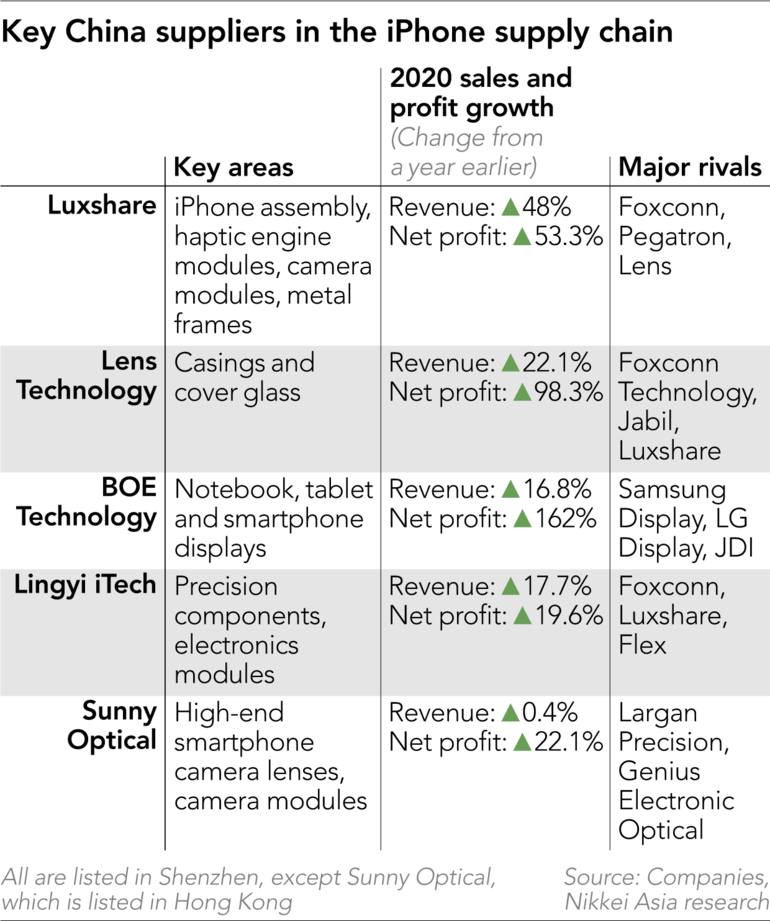 Several rivals in the U.S., Taiwan, Japan, and South Korea have either seen their proportion of orders decline or have pulled out of the Apple supply chain completely as a result of the Chinese vendors’ surge.

Sunny Optical Technology, the world’s largest manufacturer of smartphone camera lenses, joined the iPhone supply chain for the first time this year, according to sources familiar with the subject. Although its proportion is relatively limited, the Hong Kong-listed company will offer rear camera lenses.

According to two people familiar with the matter, BOE Technology would begin supplying premium organic light-emitting diode displays for the iPhone 13 series as early next quarter if it wins Apple’s permission this quarter. Last year, BOE began offering older iPhone models with OLED panels from Apple.

“We foresee Apple’s need to diversify its sourcing and manage its costs amid the geopolitical uncertainties that will continue to rise in the coming years, which will give Chinese suppliers a good opportunity to expand shares in the supply chains and create bigger pressure on the existing suppliers,” Tseng told Nikkei Asia.