Apple to shift iPad production from China to Vietnam

The Multinational tech giant Apple Inc. is planning to shift its iPad manufacturing industry from China to Vietnam. This came after China gets completely shut down due to the new wave of Coronavirus which aided in the disruption of the market. 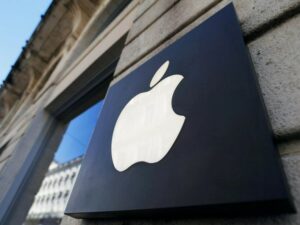 The company took this step to protect itself from any scarcity in the future or any further disturbance in the supply chain. The corporation has also told its component supplier to make their lists.

This move of the tech giant was assumed to have taken earlier but it was put on hold due to the sudden outbreak of Coronavirus in Vietnam.

This move of the corporation speculates about its ongoing efforts to expand its supply chain. Moreover, it puts light on the emerging significance of Vietnam for Apple Inc.

The corporation has asked its distributors who are not present in the areas shut down due to Covid-19 to aid them to collect a surplus amount of component supplies so that the ongoing supply of the products is not disturbed for the next couple of months. The company appealed to this for all its digital gadgets.

The tech giant believes that these component distributors can make more number of components that can compensate for those prepared by the distributors in Shanghai and other places around it since the chance of disturbing the supply is higher at these places.

A reviewer at Counterpoint Research in China has asserted that according to him the country will get back to normal by the second half of June. This is because the governing body is refraining from hurrying to bring back life and the business to their normal.

It is assumed that Apple Inc is considering India and Vietnam as their options to shift their business from China.

This step taken by the biggest multinational corporation in America will leave an impact on many other firms of the West who has been dependent on China for the production of their products for ages and are now planning to reduce their dependency after the country support Russia in its ongoing war against Ukraine and the sudden Coronavirus outbreak.