With more and more companies opting towards asking their employees to come back to work little by little, Apple Inc. is not to be left behind. The Tim Cook-led firm has asked its employees to start coming back to work at least three days a week, starting September. 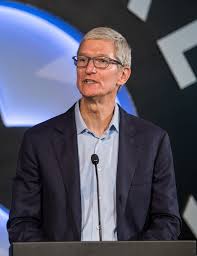 The company has been urging its employees to work on site on Mondays, Tuesdays, and Thursdays, in the least, with remote working (or work-from-home) options being available on Wednesdays and Fridays. Apple has further said that it is trying to “optimize the time for in-person collaborations” by means of consistent schedules for work-from-the-office days.

This three day work pattern will not be common across all units and departments, however, as some units will have to work four to five days a week. Nevertheless, Cook has been encouraging employees to step back into the office, citing the increased availability of vaccines, as well as the reduced rates of infection with the COVID, in the United States anyway.

He further added that employees at a number of units in the Asia and Pacific regions have already started coming back to work, and the remaining retail outlets will be opening this month.

As per Apple, employees will also be eligible for an additional two weeks of remote working, with due permissions from their managers. Cook also said that the tech giant has a special obligation to “get it right”, while also calling the firm the “most innovative in the world”.

Only 30% Across the World

This call comes even as only 30% of the companies in Europe and the US are ready to embrace fully coming back to work. Nevertheless, tech biggies and Apple’s contemporaries, Google and Microsoft, have also laid out detailed plans about their own hybrid models for joining work from office.