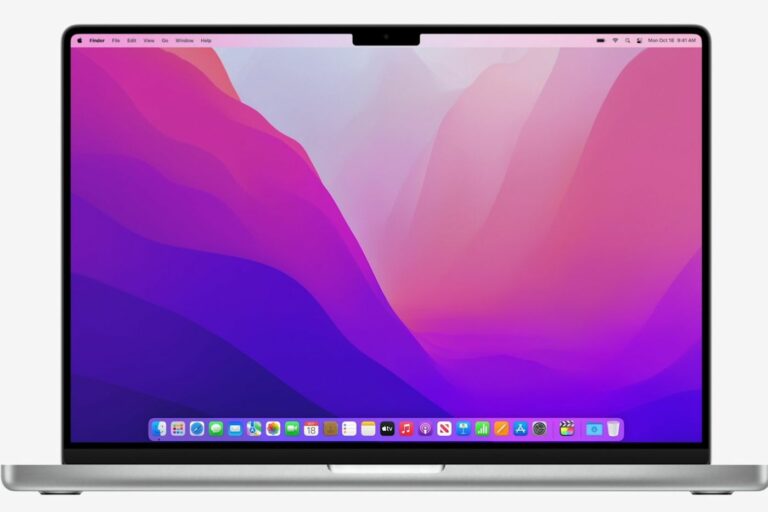 Apple’s new MacBook pro has a notch, but no Face ID

The display of Apple’s new MacBook Pro has a notch, which will feature a cut-out to house the camera system. The 14-inch and 16-inch MacBook Pro models come equipped with the change, along with the updated M1 silicon processors being a major step away from the older versions. The company had previously unveiled a notch design for its iPhone X back in 2017.

Reduced Bezels, But No Face ID

Both the models have been redesigned, with the bezels having been trimmed down to house the notch. The side bezels now stand at 3.5mm, which is around 24 percent thinner than the previous models. The top bezels, meanwhile, have been stripped down by as much as 60 percent, while the macOS menu bar now resides around the camera. A pro tip night be to change the menu bar to dark mode, so that the notch is less visible.

Nevertheless, the camera is much better, with a wider aperture and a resolution of 1080p, along with a larger image sensor for improved low-light performance. The webcam also features computational video, with noise reduction, local tone mapping, face detection that’s based on machine learning-based facial detection, auto white balance, smart HDR, and auto exposure.

But all these improvements don’t really amount to anything of much significance, and all users actually get is a basic webcam, without the addition of Face ID (which had sort of justified the notch in iPhone X). As such, it appears that the notch in MacBook Pro is just to make the bezels smaller. Lack of the Face ID module is somewhat of a major bummer, especially considering how the infrastructure to support it is already there, including the M1.

In fact, Apple itself has said that Face ID is more secure, and as such, it’s quite surprising that it isn’t a part of the new models, seeing as how similar tools are already available on a number of laptops that run on the company’s competitor, Windows. The Windows Hello facial unlocking feature has already become a mainstay in quite a few of the recent models.

Covering Some Features, But the Display is Good

Moreover, another problematic issue is the very design of the notch, which conceals the LED status light, the LED sensor, and even Apple’s TrueTone sensor.

One good thing about the 14-inch model, though, is the whopping 120Hz display with HDR support, which can provide cutting edge visual quality and a much better experience.