ARE HIGH COURT AND DISTRICT COURT OFFICIALS OF KERALA AT RISK OF LOOSING THEIR FREEDOM OF SPEECH?

The Independence of India and the formation of the constitution, later on, granted the citizens several basic rights that have been upheld throughout the decades that followed. One among them is ‘the right to freedom’ mentioned under article 19. This article has six other subdivisions among which is ‘the freedom of speech and expression’. This is one of the most important and cherished rights of our country and has even had a huge influence in establishing and strengthening democracy.

The supreme court had once stated that the freedom of speech and expression has no geographical limitation and it carries with it the right of a citizen to gather information and to exchange thought with others not only in India but abroad also, which is why the recent announcement from the high court of Kerala left everyone surprised.

The Kerala high court had put forward a social media “code of conduct” for court officers and staff at the High Court and the District Courts, according to which, they were restricted from posting offensive statements, or comments that hint at criticism towards the state on any social media platforms. 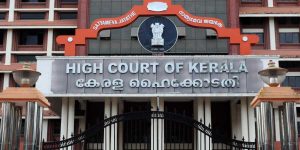 On March 22, 2021, a meeting of the Administrative Committee took place and it resolved to approve the draft Code of Conduct and to make it applicable to members of the staff and officers at the High Court. According to the code of conduct, the activities of officers and staff on social media would be monitored and misuse of social media using computers and electronic gadgets supplied to the office of the courts and staff members of the High Court and District Judiciary would be reported by the newly formed Monitoring Cell.

The officials and members of staff of the district court and high court have also been ordered to present all e-mail addresses and social media accounts managed by them. They have also been asked to avoid using fake e-mail addresses or accounts. They have also been asked to not access prohibited sites during working hours and to not indulge in the exchange of communication of personal matters on official sites. Publishing any information regarding judicial proceedings or office files on social media without the permission of the high court is also prohibited.

The code of conduct also advises the staff members to be careful in expressing any opinion on Social Media that may prove to be offensive to any social, cultural, ethnic, or religious group and they are also not allowed to use mobile phones, tablets, electronic gadgets, etc, for computing, data hacking, or any other illegal activities. Usage of insulting and derogatory language on social media by any of the staff is also prohibited.

Moreover, the code of conduct also directs all staff and members to refrain from indulging in the criticism of case laws and judgments of the judicial proceedings or court on social media.