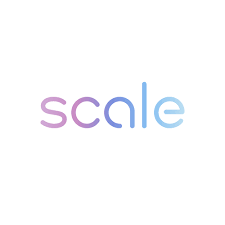 Artificial Intelligence Firm Scale AI Lays Off 20% Of Its Workforce

Soon after giant tech behemoths like Twitter, Amazon, Meta announced layoffs, the US-based artificial intelligence firm Scale AI is the latest to join the string of companies laying off their employees. Scale AI has decided to lay off 20 per cent of its workforce as changing macro-economic environment led to a painful market correction.

Scale AI’s CEO and founder Alexandr Wang wrote in a blog post, “Today I have to announce the hardest change I’ve ever had to make at Scale. I have made the difficult decision to reduce the size of our team by 20%, which means saying goodbye to many talented Scaliens. If you are among those impacted, you will be contacted shortly with further details via your personal email as well as offered time for a 1:1 conversation with a manager today.”

Wang said, “I take full responsibility for the decisions that have led us to this point. Over the past several years, interest from enterprises and governments in AI has grown rapidly. As a result, I made the decision to grow the team aggressively in order to take advantage of what I thought was our new normal. For a time, this seemed to prove out—we saw strong sales growth through 2021 and 2022. As a result, we increased headcount assuming the massive growth would continue. However, the macro environment has changed dramatically in recent quarters, which is something I failed to predict. Many of the industries we serve, such as e-commerce and consumer technology, have been buoyed by the pandemic and are now experiencing a painful market correction. As a result, we need to prepare ourselves for a very different economic environment.”

Although, the company has announced support measure for the employees that will be impacted by the layoffs.

The Artificial intelligence giant will be providing equivalent of 8 weeks of severance package for the laid off employees and additional severance for those with the longer term. The company has also decided that cash equivalent to three months of existing healthcare premiums will be paid to US employees.

For employees who have stock options the company has decided to waive off 1-year equity cliff for those having a year’s tenure.

As part of other changes, the company plans to set significant operating expense reduction targets for each function, adjust its hiring targets, and re-evaluate any new offices.