Ashish Singhal, the CEO of CoinSwitch Kuber gives his views on the probe done by ED on his company

Report that CoinSwitch Kuber is under scrutiny for Money Laundering

But, as the reports got stronger, the CEO of CoinSwitch Kuber came forward and told that the report that’s being circulated in the market is false. Let’s see what the CEO have to say.

CEO Ashish Singhal Clarifies about the inquiry done by ED 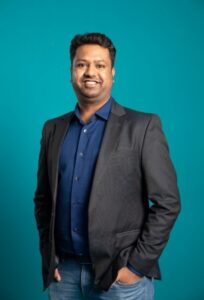 Singhal acknowledged that the ED – Bengaluru has been engaged with the company but not for the reasons mentioned in the report. He stated that the inquiry is not done in regards to money laundering under PLMA act, but was in respect to the operations and functions of cryptocurrency platforms. He also added that the company, including him are full cooperating with ED and have been transparent from the word go.

Singhal also pointed out that, in many countries, cryptocurrency is still in a nascent stage and not yet clearly classified. As is the case with India, he added. We are still conceptualizing crypto under various brackets such as commodity, currency and security. Hence, it can be concluded that its still work in progress.

ED on a spree of freezing accounts

What do you think about the CEO’s comments? Do you think the justification that he gave is true? Share your thoughts in the comment section below. Also share this article with your friends and family in case you liked it and found it informative.